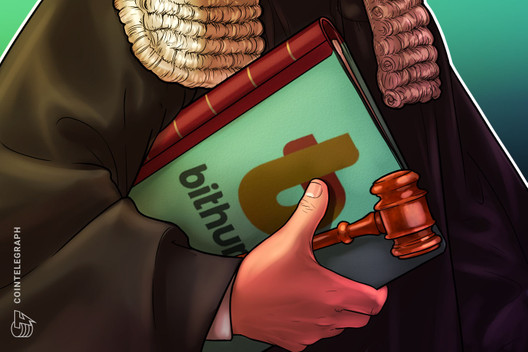 According to a report published by The Korea Times on Jan. 16, Bithumb filed a complaint with the NTS, suggesting that the imposed tax bill is groundless given that cryptocurrency is not a legally recognized currency. The South Korean tax tribunal now has to decide whether to grant or dismiss the exchange’s motion within 90 days.

NTS imposed a retention tax — an income tax paid to the government by the payer of the income instead of its recipient — which is often withheld or deducted from income in most jurisdictions, according to The Korea Times.

As a consequence, Bithumb is expected to pay the bill before giving the remaining income to its customers. An exchange official commented:

“We paid the full amount and have since been preparing for arguments. We believe we will be given a chance to clarify our stance in court.”

The NTS has claimed that gains withdrawn from accounts held by foreigners are taxable income, and therefore it has a right to impose such a tax.

Choi Hwoa-in, an adviser to Financial Supervisory Service reiterated Bithumb’s stance that tax law as it currently stands is not applicable to cryptocurrencies:

“Bitcoin under the current law is not an asset. It is clear and simple. […] The Ministry of Economy and Finance already made that clear. The NTS pushing ahead with the tax imposition is baseless and groundless, especially since it is still awaiting the ministry opinion on the same matter it sought again.”

Is a clear tax scheme in South Korea forthcoming?

According to The Korea Times, Choi said that the current case with Bithumb could be a ploy by the NTS to establish grounds for taxing what were previously tax-free gains. She added that, as cryptocurrency trading has grown more common in South Korea, regulators have now likely come to view the subsequent gains as a new source of taxable income.

Earlier this month, Cointelegraph reported that a more robust tax framework for cryptocurrencies is currently in the works in South Korea. Indeed, the Ministry of Strategy and Finance has confirmed that it will levy taxes on virtual assets through a tax code revision bill in the future, as imposing income taxes on crypto under current law is not possible:

The nascent nature of digital assets has put many cryptocurrency investors at odds with tax regulators in their respective jurisdictions, as many agencies have failed to issue sufficient or any guidance regarding tax schemes for cryptocurrencies.

Furthermore, failure to comply with these labyrinthine and murky tax policies can mean heavy fines for crypto investors. American holders who fail to properly report their crypto earnings and investments could face large penalties and even potential criminal investigation.