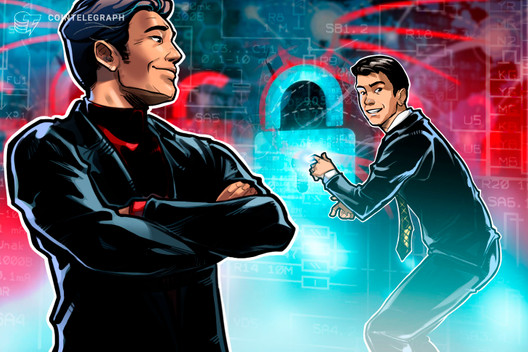 Tron is set to introduce privacy technology based on zero knowledge proofs to its smart contracts, using copied Zcash code for the trusted setup.

Tron (TRX) is set to feature zero knowledge-based privacy through the work of the TRONZ team. A trusted setup ceremony is set to be conducted soon, which Tron claims in a Jan. 17 blog post will “set a new Guinness World Record.”

TRONZ is a privacy initiative that is set to integrate Zk-SNARKs, the core privacy technology of Zcash (ZEC), in the Tron blockchain. While the team claims its implementation is the “most efficient, and least resource-consuming privacy protocol in the world,” no technical details were released.

Built with the “advancement of blockchain technology” in mind, the TRONZ team has allegedly “developed and tested the privacy protocol on the Tron network.” A mainnet release is set to occur soon, according to the post.

The goal of TRONZ is to introduce the privacy protocol to Tron smart contracts, allowing developers to introduce private data within them. In addition, the team wants to offer a blockchain-based Multi-Party Computation (MPC) solution for private computing needs.

The MPC technology will also be used to conduct the trusted setup ceremony, as it allows signers to safely participate in the creation of the parameters required for the setup. Inputs are split, and each single participant does not reveal his secret to others during the parameter generation event, which can alleviate many of the concerns of trusted setups.

The setup is set to be joined by over 200 people, and anyone can apply to be part of it.

A look at the Tron GitHub page shows a variety of repositories directly “forked,” i.e. copied, from Zcash source code. The majority of the privacy-related repositories, such as tron-zksnark, zksnark-java-sdk, appear to have had no updates for several months. Tron’s version of librustzcash is in a similar position, save for a pull request to merge a recent code branch from Zcash.

Code for the MPC was also directly taken from Zcash. It appears that all of the changes made by the Tron team were on the readme file, with no structural changes present in the master branch save for those made by the Zcash team in 2018.

It is possible that the Tron team worked only on the original Tron repositories to integrate the privacy technology. However, the actual implementation of Zk-SNARKs appears to be almost entirely copied over from Zcash.