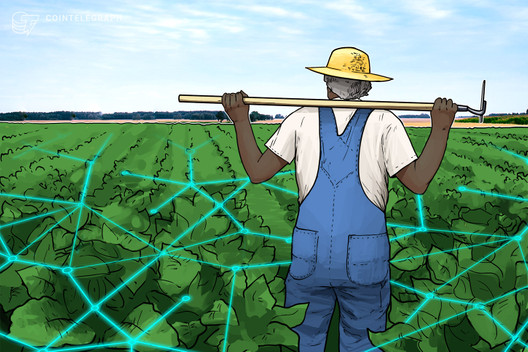 The beer conglomerate behind the Budweiser brand is using blockchain to ensure local suppliers in Africa are able to report their income and open bank accounts.

AB InBev, the company behind the Budweiser brand, is helping local African farmers to prove their income using blockchain, Yahoo Finance reports on Jan. 21. A blockchain-based system developed in partnership with BanQu tracks all the local suppliers of AB InBev, replacing the paper trail.

AB InBev is a multinational conglomerate born out of the merger of several established beer producers. It includes Budweiser, Stella Artois and Corona as some of its most recognizable brands.

The company has adopted a strategy of using local suppliers, receiving tax breaks for their added contribution to the country’s economy. However, this proved to be more challenging in Africa, a continent where banking infrastructure remains underdeveloped and paper documents are difficult to obtain for rural farmers.

Partnering with BanQu, a company specializing in blockchain supply chain solutions, AB InBev introduced a distributed ledger system that tracks all the local farmers that supply barley and malt to the company. This allows them to prove their income to local banks, and thus open bank accounts and lines of credit.

The CEO of AB InBev, Carlos Brito, explained at the World Economic Forum in Davos:

“And now this farmer, who was never bankable — because she couldn’t prove income of any source, had no reports, or material or paperwork — now in a flip phone, she has in the blockchain proof that she is a supplier to AB InBev, a global company.”

Access to banking allows the local farmers to finance more efficient farming tools, increasing their yields and receiving more money. The system also helps to curtail corruption introduced by middlemen who consolidated the shipments to the breweries.

Brito noted that they were “not necessarily passing the money we were paying to him or her to [the farmer].” A tamper-proof blockchain system ensures that the farmers are able to prove what they are owed. Brito further elaborated on the benefits of the system:

“They become commercial farmers and everybody wins. Consumers are safer and we create more formal jobs. The government collects taxes. Instead of sending the money to Europe, or Australia, or Canada buying barley or malt, we keep the money there.”

The BanQu product has reportedly been implemented with thousands of farmers across Uganda and also India.

Uganda is one African country where blockchain is taking hold. Binance opened a local branch in 2018, though the country’s central bank remains skeptical of decentralized cryptocurrencies.

Crypto-based Ponzi schemes are also present, with the Dunamiscoins pyramid recently defrauding over 10,000 users for $2.5 million.