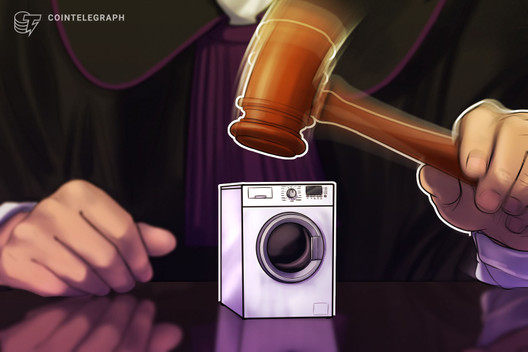 As the FCA looks to shake things up under their new AML regime, how will the U.K. and the global cryptocurrency industry react?

The Financial Conduct Authority (FCA) is now the United Kingdom’s sole Anti-Money Laundering (AML) authority for the crypto business. After a decade of compliance under a laissez-faire approach to AML legislation, U.K.-based crypto firms now face a significantly more stringent set of rules. With the FCA thrashing U.K. crypto regulation into shape, the consequences upon start-ups, user privacy and adoption will likely be wide-reaching.

In its early stages, decentralized finance (DeFi) has uncovered a bounty of possibilities within the economic sector. From borderless banking to using blockchain technology, DeFi is leading a comprehensive coup d’état against an entrenched financial industry. Nevertheless, inherent benefits aside, cryptocurrencies aren’t without their pitfalls.

One particular snag arises from one of the fundamental characteristics of cryptocurrencies: anonymity. Within any given transaction, personal information is confined to a pseudonymous string of characters, also known as the public address.

This singular address provides everything needed to carry out a monetary transfer, without compromising on user privacy. Given this, it’s perhaps unsurprising that money laundering miscreants are forming an affinity with digital assets.

Last year, tensions surrounding cryptocurrency money laundering were front and center. A report from analytics firm Chainalysis confirmed that $2.8 billion of illicit Bitcoin (BTC) had been laundered via crypto exchanges in 2019. However, rather than condemning the exchanges themselves, the report took aim at the underregulated over-the-counter brokers operating within them.

Speaking to Cointelegraph, Jesse Spiro, head of policy at Chainalysis, believes that “Cryptocurrency’s inherent transparency makes this a solvable problem,” adding that the issue may have an internal solution:

“Money laundering in the fiat world is typically a black box that can often only be opened by getting a search warrant and poring over a suspect’s bank records. Here, the industry and law enforcement can see how these bad actors move money and take steps to shut them down.”

Looking to solve them the dilemma — but refusing to abide by inherent transparency alone —  the Financial Action Task Force (FATF) introduced the Travel Rule — a requirement forcing member nation crypto firms to disclose customer information on transfers over $1,000.

This resulted in an entirely different set of tensions but from the cryptocurrency community this time. Many propagators of the industry remain diametrically opposed to the Travel Rule, deeming it an invasion of financial privacy. Spiro confirmed that the new rule posed a problem for privacy coins in particular:

“We expect this trend to continue as local regulation around the world begins to align with FATF, and privacy coins such as Zcash emphasize their ability to ‘turn on’ transparency as well.”

Indeed, paying no heed to the zeitgeist of the digital generation, scores of regulators followed the FATF’s suit, bolstering their own crypto-centric AML policies.

In Europe, the EU released its 5th Anti-Money Laundering Directive (5AMLD). Along with it came a heavy crackdown on money laundering and terrorism financing. The directive upped the ante on the already unforgiving Know Your Customer (KYC) and AML compliance — forcing multiple crypto firms into liquidation. U.K.-based crypto wallet provider Bottle Pay was among the first casualties citing a refusal to disclose user information as the primary basis for its termination.

Things are about to shake up even more for the British-based companies. Last year, in late October, the FCA declared it was taking over as the AML and Counter-Terrorist Financing (CTF) supervisor of the U.K. But what does this mean for U.K. crypto firms and the wider cryptocurrency market?

The FCA is tasked with ensuring that all U.K. crypto firms adhere to the AML/CTF policy. The bulk of this AML compliance is gleaned from a menagerie of legislation, including the EU’s 5AMLD, and the amended Money Laundering, Terrorist Financing and Transfer of Funds Regulations 2017.

FCA jurisdiction officially came into effect on Jan. 10, 2020. From here on out, all U.K.-crypto companies are required to register with the agency. Luckily, existing business operations may continue unregistered but are required to sign up for FCA supervision by Jan. 10, 2021 — or terminate all activity.

Nevertheless, FCA supervision will be undertaken regardless of company certification. This supervision will consist of the same approach faced by other organizations within the agency’s regulatory scope. Additionally, businesses exhibiting higher risk will incur a “more intrusive” level of scrutiny than others.

As part of their supervisory assessments, the FCA requires businesses to provide policies and procedures in mitigating any AML/CTF risks. The agency advises firms to carry out their own evaluation of risk controls to confirm suitability. This also includes appointing a member of the board to ensure adherence to AML/CTF policy.

While these protocols appear fairly typical, probe deeper into their “non-exhaustive” list of compliance orders, and you’ll unearth one stipulation that stands out as potentially problematic.

Nestled into the FCA’s supervisory guidelines is the following requirement, prompting crypto firms to:

“Undertake ongoing monitoring of all customers to ensure that transactions are consistent with the business’s knowledge of the customer, the customer’s business and risk profile.”

It seems the FCA isn’t taking an easy line when it comes to AML/CTF compliance. And while this was expected, the adage of regulation stifling innovation is perhaps applicable. As we’ve observed so far, the inability to provide financial privacy has already backfired for several crypto firms — and will likely impede exchanges and wallet providers more than most.

Anonymity sacrifices aside, the necessity to undertake KYC checks for every patron is sure to cause delays. However, with increased financial responsibilities along and added staffing requirements, the burden on crypto firms is becoming increasingly heavy.

Cal Evans, a managing associate at Gresham International and a U.K. lawyer, aided the FCA in forging their crypto guidance. Speaking to Cointelegraph, Evans weighed in on the new regime’s potential ramifications on the broader crypto market:

“As we saw with the earlier EU draft of the law, the whole purpose of these measures (across the EU) is to stop the abuse of anonymity being used within the crypto space. These new measures will 100% impact on the privacy of crypto users. They are trying to stamp out the privacy associated with the use of many cryptocurrencies.”

Of course, while several cryptocurrencies can provide a degree of anonymity, none offer the same level of obscurity as the privacy coin. It stands to reason that these cryptocurrencies will cease to exist, at least via U.K.-based exchanges. Evans argues that many will simply migrate off-shore:

“Privacy coin holders will be impacted by this the most (within the U.K. market), however, many will most likely trade these coins privately or through an exchange which does not deploy such high KYC requirements. This means you will see many ‘private chain’ coins move to off-shore exchanges.”

Still, all things considered, regulation remains an innately positive thing. In fact, for the cryptocurrency industry, it’s a blessing — a well-disguised blessing, but one nonetheless.

This much is evident from Chainaylsis’s money laundering report, which concluded that fitting KYC implementation would have stopped the illicit BTC dealings in its tracks. Spiro stands by this, opining that local regulation, if implemented globally, could stamp out illicit activities and bad actors, which, in turn, might be hugely beneficial for mainstream adoption:

“Broader regulatory initiatives (FATF, 5AMLD) have already been initiated, and now local regulation is starting to follow, which is the intended progress for AML/CFT regulation. Additionally, as we see more illicit activity mitigated as the result of regulation, institutional adoption will become a reality, which will be key for future global adoption.”

Indeed, alongside effective regulatory oversight comes further legitimacy. London has always been a pioneering force in the fintech industry. However, with a major U.K. regulator now keeping tabs, the crypto industry will arguably garner further respect from the broader financial sector, possibly encouraging institutional participation within the U.K. Evans conceded that while these new regulations will boost institutional interest, it may end up alienating startups:

“The U.K. has long been a ‘safe heaven’ for companies looking to operate in the crypto market. The ease of incorporation and flexible approach to crypto that the crypto task force had taken to date, often meant that crypto companies could operate within the U.K. with relative ease. The biggest impact we are likely to see is startups avoiding the U.K. altogether and more regulated ‘established’ firms moving there.”

Startups remain a crucial facet of any economy. These firms not only generate fresh jobs but also instill further dynamism to the market by encouraging innovation and stirring competition.

This isn’t the only issue arising from the FCA’s new regime, according to Ian Taylor, the chair of CryptoUK, a self-regulatory trade association. Speaking to Cointelegraph, Taylor argued that the FCA may have left some sizable holes yet to be patched and that the FCA’s controls lacked clarity on global access to the U.K. market:

“The draft definition of cryptoasset income implies that the fees will apply to U.K. legal entities, which would infer overseas firms might be able to operate either without license or without being required to establish a U.K.-based legal entity.”

Essentially, this creates a loophole that could afford foreign companies leverage over U.K. based businesses. “The FCA should consider clarifying this position to ensure fairness of competition,” Taylor concluded.

As with most regulatory shake-ups, The FCA’s new regime is a double-edged sword. There’s a delicate balance to be struck between smothering innovation and allowing a no-holds-barred marketplace. For the most part, the consensus seems to be that the FCA is slowly reaching an equilibrium.