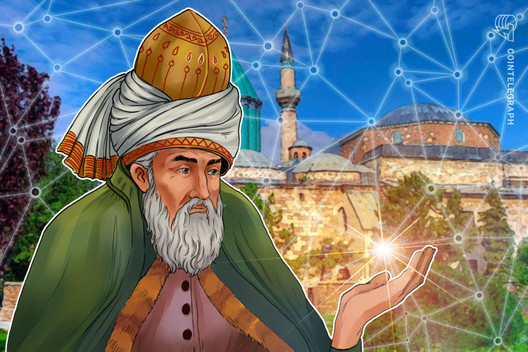 The Turkish city of Konya, a major cultural and historical center of the country, is developing its own coin and blockchain ecosystem for public services.

Konya, the city of the world-famous poet Rumi, might not come to mind when talking about technology, especially blockchain and cryptocurrencies. As one of the major cultural centers of Turkey, Konya is known for its rich history, gorgeous mosques, and historical sites.

But that has not stopped the Anatolian city from setting up its “Science and Technology Valley,” under the umbrella of Konya Science Center, and building a team to apply blockchain to municipal services.

First revealed by Konya Metropolitan Mayor Uğur İbrahim Altay during a local smart city congress in Ankara on Jan. 16, this Turkish city is looking for ways to develop a “City Coin” and create a blockchain-based financial ecosystem around it.

Cointelegraph reached out to Dr. Ali Osman Çıbıkdiken, head of Konya Science and Technology Valley, about the progress on the so-called “City Coin” project. Çıbıkdiken, who also acts as an advisor to several blockchain projects such as TrueFeedBack, said that the first thing their team of seven blockchain developers did was “to look for ways to use blockchain technology for funding social programs.”

The project will enable the local government and other stakeholders to manage the reserve fund for social aid on the blockchain. The city aims to launch a prototype within six months and go live within a year. Konya hopes to be a global model for local governments with the City Coin project. Çıbıkdiken said:

“The cryptocurrency we are currently developing will be used in social aid programs, municipal corporations’ activities, public transport, and environmental services. This blockchain-based local ecosystem will serve the Konya citizens. The project will also see the development of a payment system to enable crypto in many municipal services.”

Blockchain solutions for a smart city

As a city with a population of over 2.4 million, Konya has enough people to test out blockchain in public services at a significant scale. On top of that, Konya has an edge when it comes to smart city applications.

According to a detailed report from Konya Chamber of Commerce, the city has over 10 different smart city projects, from a payment system to use contactless credit cards in public transportation, to a smartphone app to cover e-municipality functions.

They even have an app, called Mobile Mesnevi, to deliver the best poems from Rumi in different languages. The blockchain-based City Coin may be added in the future as a payment method for public services like shared bikes, smart transportation and electrical buses, among others.

Turkey at full throttle on blockchain

Following the announcement of a national blockchain infrastructure, Turkey has accelerated its blockchain efforts. The country set plans for a Digital Lira in 2020 and Turkish Takasbank launched the BiGa Digital Gold platform to provide a blockchain-based gold transfer system for the banking industry.

The positive developments in Turkey are being noticed by global crypto exchanges, who set up local offices in the country. As Cointelegraph reported last year, Huobi was the first, followed by Binance. Recently, Huobi joined Blockchain Turkey Platform to cooperate with the local ecosystem on blockchain development efforts.