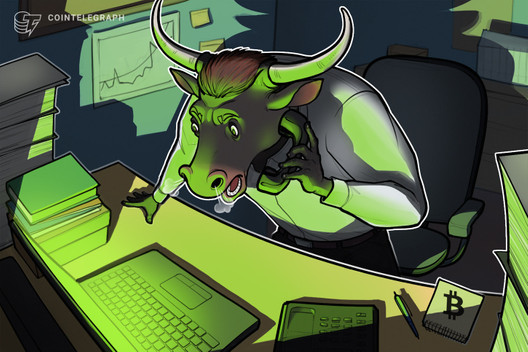 Historically accurate at telling traders when price action is about to flip bullish, the Guppy is now repeating its April 2019 behavior.

As the week begins, a group of measurements — some surprisingly accurate historically — are combining to make traders firmly bullish on BTC.

Leading the positive signs is a useful but somewhat forgotten indicator dubbed the Guppy. This is a collection of exponential moving averages which has flashed green on the daily chart for the first time in around 300 days.

The interval is significant — the last flip from red to green for Guppy was on April 9, 2019, coinciding with Bitcoin’s rapid rise to highs of $13,800.

Before that, Guppy also turned bullish on Jan. 14, 2018, when Bitcoin briefly rose above $9,000 on the way down from the all-time high a month earlier. 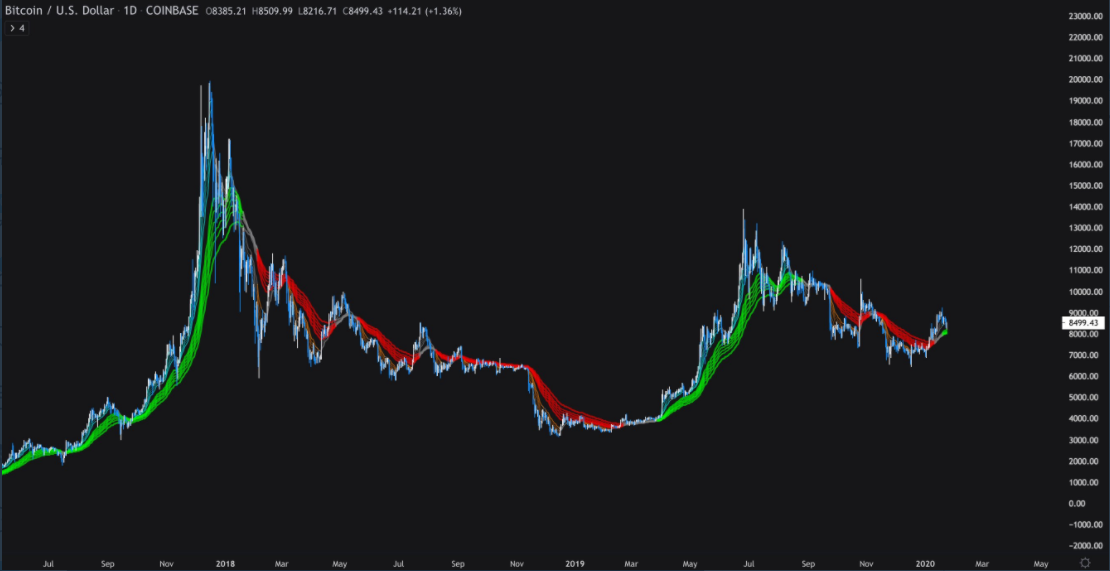 A second sign that bullish momentum is building for Bitcoin lies in the so-called Puell Multiple.

Used to identify the cryptocurrency’s price cycles, the tool allows traders to tell from a miner’s perspective when the value of newly-mined Bitcoins is historically too high or too low.

At present, the indicator suggests Bitcoin is significantly closer to the “too low” area than its lifetime highs. 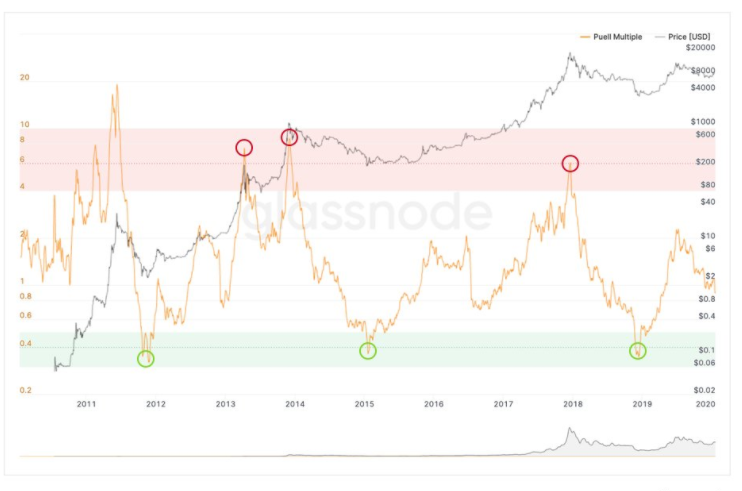 $8K flips from resistance to support

BTC/USD has gained around 3.8% since Friday, having bounced off local lows around $8,200.

A classic guidance signal for Bitcoin comes in the form of the Mayer Multiple, which is also firmly supportive of Bitcoin as a buying opportunity this week.

The brainchild of Proof of Keys organizer, Trace Mayer, the Mayer Multiple divines to what extent it is profitable to buy Bitcoin at a particular time.

To arrive at its conclusions, it uses the current Bitcoin price versus its 200-day moving average. When the multiple is below 2.4, Mayer says, long-term Bitcoin buys saw “the best long-term results.”

The current multiple is 0.97 and has been higher 63% of the time since Bitcoin was created eleven years ago.