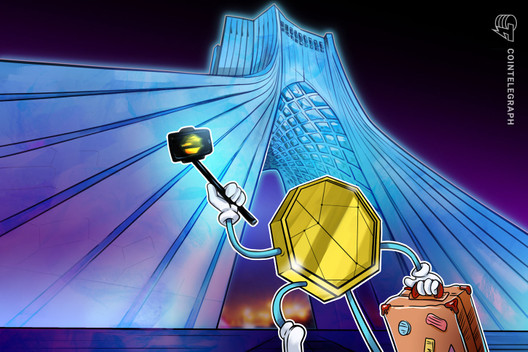 Iran’s Ministry of Industries, Mining and Trade has issued 1,000 cryptocurrency mining licenses since the introduction of the certification regime.

Iran’s Ministry of Industries, Mining and Trade has issued over 1,000 cryptocurrency mining licenses to domestic operations.

According to a report published on Jan. 24 by Iran’s Banking and Economic System Reference Media (IBENA), a member of the Information and Communications Technology (ICT) Guild Organization’s blockchain commission, Amir Hossein Saeedi Nai, informed the public of the number of licenses issued.

He explained that before launching a mining operation in the country, entrepreneurs must apply for a license, adding that the government has issued over 1,000 permits so far, and several mining farms have already launched operations. Nai estimated that, if the local mining industry were to function at full capacity, it would bring $8.5 billion into the local economy.

Banking sanctions from the United States and other western countries have hit Iran’s economy hard. Nai said that the country is in need of foreign exchange volumes, and that digital currency can help facilitate trade while importing foreign currency as well as be used to skirt economic sanctions.

The official explained that the ICT Guild Organization is currently working to improve Iran’s cryptocurrency mining conditions. The hope is that local mining activity will see a renaissance through changing electricity rates and boosting cooperation between local cryptocurrency miners and gas-burning power plants.

Iran has some of the lowest energy prices in the world at $0.007 per kilowatt-hour. However, recent energy shortages and blackouts have led regulators to take a more active role in managing the country’s power supplies and therefore, take a strict approach to cryptocurrency mining.

The rise of cryptocurrency mining in Iran led the government to raise its electricity tariffs for the sector significantly from the aforementioned $0.007 to $0.07 per hour — the same price as electricity exports.

In August 2019, Iranian police arrested an individual smuggling in unregistered cryptocurrency mining machines. As Cointelegraph reported the following November, the country’s authorities went so far as to offer a bounty to anyone who exposes unauthorized mining operations in the country.