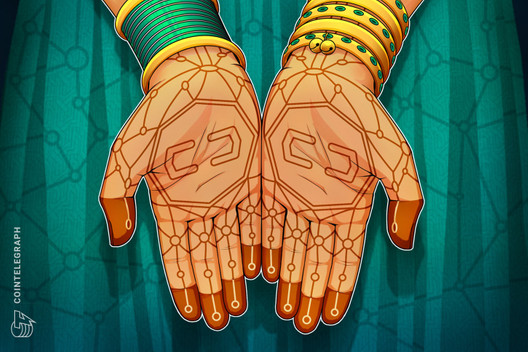 A draft of an Indian national strategy on blockchain floats the idea of a central bank digital currency, the digital Indian rupee, and a national blockchain.

The National Institute for Smart Governance (NISG), a non-profit public body incorporated by the government of India, has published a draft document on the country’s national blockchain strategy. Issued on Dec. 30, the document appears to have been published recently as major local publications such as The Economic Times of India reported on the draft strategy on Jan. 28.

Digital rupee should be issued on a national blockchain of India

In the document, the NISG has proposed the Central Bank Digital Rupee (CBDR), a digital currency issued on a national permissioned blockchain. NISG  “strongly recommended” that the CBDR be issued by India’s government and the country’s central bank, the Reserve Bank of India. The document reads:

“As an alternative to Public Blockchains that operate with native cryptocurrency, like Ethereum, it is strongly recommended that Government of India along with RBI come out with a Central Bank Digital INR (CBDR) administered over a Public Permissioned Blockchain that processes transactions through a Turing Complete Virtual Machine allowing decentralized applications to run on its platform.”

“Public statements, whether through the press or formal speeches, are helpful but are not official statements of application by the agency. If an agency intends to enforce its laws in new and innovative ways, it must first notify industry stakeholders of its intent to do so and the way in which existing law applies.”

Additionally, the company recommended adopting a “light touch regulatory approach” at the initial stages of the blockchain industry’s development in India. According to the NISG, existing regulation in India is “too restrictive” and does not take into account the potential of emerging technologies.

The news comes a few days after the central bank of India said that virtual currencies are not banned in the country, elaborating that instead, regulated entities are banned from offering crypto assets in the country. As reported, the RBI banned Indian banks from providing crypto-related services in the country in 2018.

The RBI made its statement amid ongoing court hearings against the central bank at the Indian Supreme Court, as an consortium of crypto firms and experts attempts to have the ban repealed.