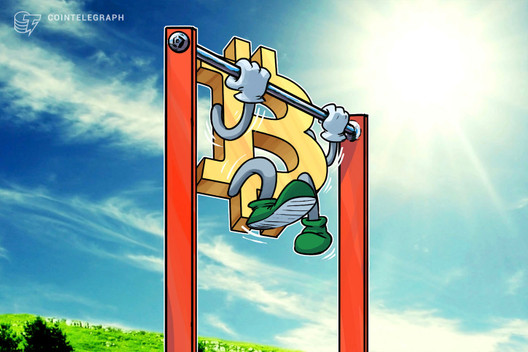 Bitcoin (BTC) rising above $9,000 has turned heads amid fresh uncertainty in China but has yet to convince one of its best-known traders.

In the latest episode of his Trading Bitcoin YouTube series on Jan. 28, Tone Vays said that despite the past week’s upward price momentum, he was not yet bullish on Bitcoin.

Vays: BTC has not confirmed the bull market

“Am I ready to declare a bull market? No,” he summarized.

Famously cautious about overly enthusiastic price forecasts, Vays previously warned markets were giving mixed signals and that BTC/USD could dip lower. At the time, in mid-January, the pair traded at around $8,100.

Suggesting downside at the time was the BitMEX funding rate, an indicator which Vays noted generally runs contrary to others but has a high degree of accuracy.

Now, as then, the funding rate is “favoring the bears,” he continued, but not to the extent it once did.

Nonetheless, Vays concluded that levels above $9,000 — and the 200-day moving average — need to hold for several days in order to convince him of a bullish trend.

“If we fall back below the 200-day moving average, then the double top holds,” he said, referring to Bitcoin’s previous trip above $9,000 around Jan. 17.

Not everyone shared the sentiment of fragility. In a tweet on Tuesday, Changpeng Zhao, CEO of crypto exchange Binance, even urged followers to shun price forecasters who predicted lower levels than at present for BTC/USD.

“Now is the time to unfollow people who predicted btc to 5000 in the last couple months, and btc to 1000 a year ago.”

While that should ostensibly include Vays, his perspective echoes traders and analysts who likewise told Cointelegraph that those waiting to buy in at lower levels had already missed their chance.

Among them were veteran trader Peter Brandt, as well as EzeeTrader partner Charlie Burton.