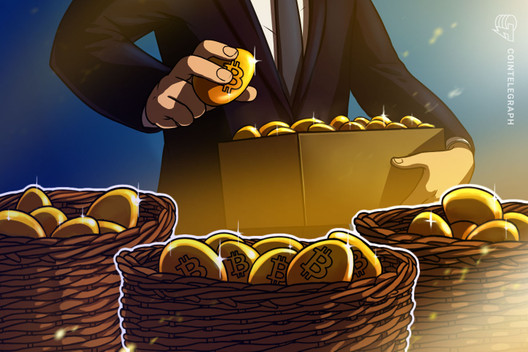 Morgan Creek founder and CEO Mark Yusko says Bitcoin is one of the most asymmetric assets he has ever seen in his career as a fund manager.

Bitcoin (BTC) represents an investment in technology and innovation, making it a must-have in any portfolio, suggested the CEO of Morgan Creek Capital, Mark Yusko, in an interview with Max Keiser on the Keiser Report, published on Jan. 30.

Keiser began by noting that portfolios with even 1% exposure to Bitcoin have more alpha or, in other words, have outperformed just about everything over the past five years.

By definition, alpha represents the performance of a portfolio relative to a benchmark. Portfolio managers seek to generate alpha by diversifying portfolios to remove unsystematic risk.

“It’s incredible,” said Yusko. “If you took 1% of all the endowments and foundations five years ago, that would have been $6.7 billion out of $670 billion. You took that one percent — half percent from stocks, half from bonds — instead of making 7.2%, which is what they made, they would have made 9.2% or 200 basis points better. Two on 7.2% is a lot of alpha.”

But while conceding that Bitcoin had a non-zero probability of price going to zero, he also pointed out that it offers ten-to-one downside capture. This, according to Yusko, makes Bitcoin one of the most asymmetric assets he has ever seen in his career.

He also suggests that it will become increasingly normal for traditional funds to seek exposure, continuing:

“So the idea that ten years from now we won’t look back and say that as a fiduciary of a pension fund, sovereign wealth, family office, etc. you had to have exposure to this asset, is crazy.”

Evidence is indeed mounting that Bitcoin becoming increasingly accepted among investors, particularly as the price of BTC is currently climbing back toward the $10,00 mark.

With Bitcoin’s rising volumes and open interest on the Chicago Mercantile Exchange, new institutional investment products, not to mention outperforming everything including Amazon stock and gold in recent years, BTC is looking increasingly attractive to investors.

Admittedly, many fund managers still view Bitcoin as some scam or scheme, notes Yusko, as opposed to what he says is truly an evolution of technology, in which Bitcoin will play a fundamental role as a base layer protocol.

Keiser: “You’re owning a piece of the protocol”

But while both Keiser and Yusko agreed that most cryptocurrencies will fail, Bitcoin and perhaps a handful of other cryptocurrencies may provide an opportunity that’s quite different from dot-com era tech stocks.

“The protocol is the application,” said Keiser, equating it to an opportunity of buying shares in the concept of email in the 1990s. He continued:

“With Bitcoin, you have that opportunity. You’re owning a piece of the protocol that’s dominating.”

As Cointelegraph reported last month, Bitcoin has dwarfed all other assets in returns over the past decade at nearly 9,000,000 percent. So far this year, however, BTC isn’t even the best performing asset. Tesla stock, or TSLA, is up 38% year to date compared to Bitcoin’s 30%.

In October, Cointelegraph reported on investment management firm VanEck explaining why Bitcoin improves investor portfolio performance, with BTC’s low correlation to traditional assets cited as one of the main reasons.