In an interview with Yahoo! Finance, Lee suggested that technical achievements for BTC/USD paved the way for serious short-term gains.

Bitcoin (BTC) is primed for average gains of almost 200% over the next six months, one of its best-known supporters has told mainstream media.

“Notably in January — January is usually a week month, it was a great month for Bitcoin, up 26% — but it also recovered its 200-day moving average,” Lee explained.

“That’s a big deal as you know, as anyone who’s a trend follower knows — when you’re back above your 200-day, you’re back in a bull market. Whenever Bitcoin breaks back into its 200-day, its average six-month gain is 197%.”

As Cointelegraph reported, the 200-day moving average has traditionally represented a major area of resistance for markets. 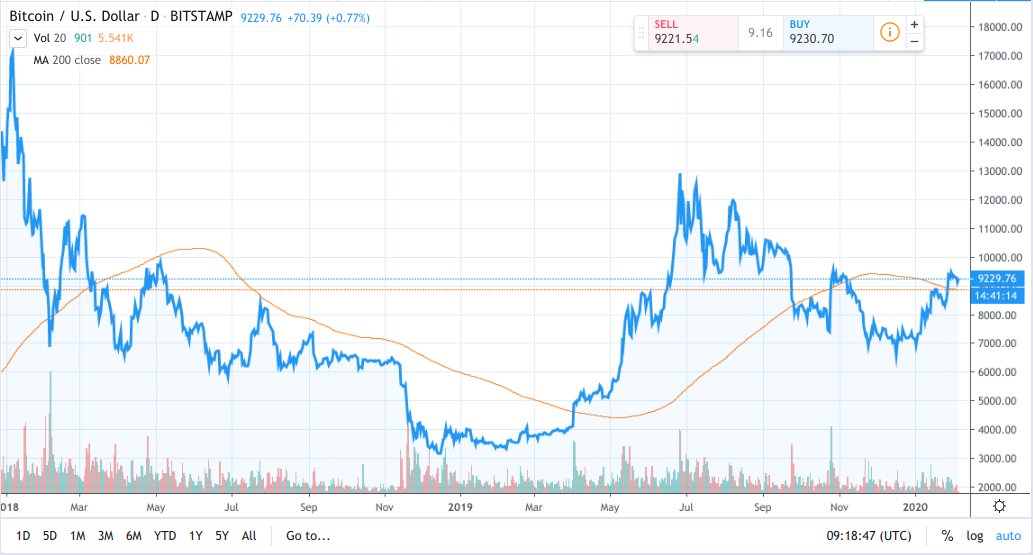 Bitcoin, in fact, gained closer to 30% in January before continuing its growth to hit recent highs around $9,450.

For some analysts, the cryptocurrency’s most successful January since 2013 is a sign that its next long-term bull cycle is already beginning.

Lee also considered 2020 to have larger returns in store for BTC investors than last year, despite 2019 delivering gains which at one point crossed 300%.

Like many, he highlighted May’s block reward halving as a “catalyst” for Bitcoin price expansion. Not only will the event reduce the new Bitcoin supply by 50%, it will also take its inflation rate below that of both gold and the 2% inflation target of the United States Federal Reserve.

A historically accurate price forecasting model, Stock-to-Flow, predicts the halving will trigger a bull run to around $100,000 by the end of 2021.

Last month, Lee said the halving event was nonetheless not “priced in.” At the time, before the moving average crossover, he said that he envisaged Bitcoin’s 2020 gains topping out at 100%.