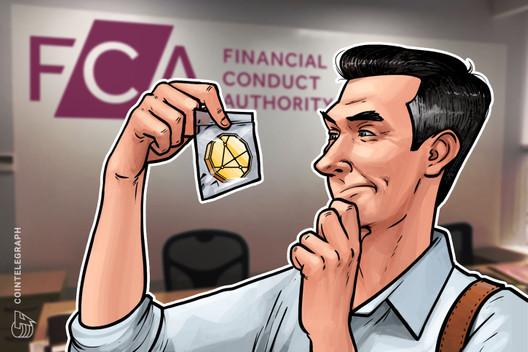 The United Kingdom’s financial regulator, the Financial Conduct Authority, is looking to hire a specialist with a cryptocurrency background.

The United Kingdom’s major financial regulator, the Financial Conduct Authority (FCA), is looking to hire a specialist with a cryptocurrency background.

Specifically, the FCA is seeking an intelligence associate with crypto expertise to address digital assets under the European Union’s 5th Anti-Money Laundering Directive, the regulator said in a LinkedIn job posting on Feb. 6.

Also known as 5AMLD, the new law came into effect on Jan. 10 and represents a major effort to tackle money laundering and terrorism financing across Europe, as previously reported.

While the United Kingdom finally exited the EU on Jan. 31, its government must still pay particular attention to the EU’s recently enforced cryptocurrency law. As such, the FCA is seeking to hire a cryptocurrency expert for its core function team — the intelligence team, which has become responsible for 5AMLD regulation of the crypto asset sector since January 2020.

According to the job posting, the key responsibilities of the position include intelligence support for supervision and enforcement, as well as processing applications for firms in the U.K.’s financial services industry.

The FCA and crypto

The FCA has been very active in crypto space as the regulator has approved operations of major crypto firms and carefully investigated the industry. In July 2019, the FCA announced that it will not regulate the two top cryptocurrencies, Bitcoin (BTC) and Ether (ETH).

The FCA’s latest action regarding 5AMLD comes after the agency officially announced on Jan. 10 that it will start supervising Anti-Money Laundering compliance of cryptocurrency-related firms in the country. As recently reported by Cointelegraph, the FCA is planning to enforce a much more stringent set of rules for crypto firms.