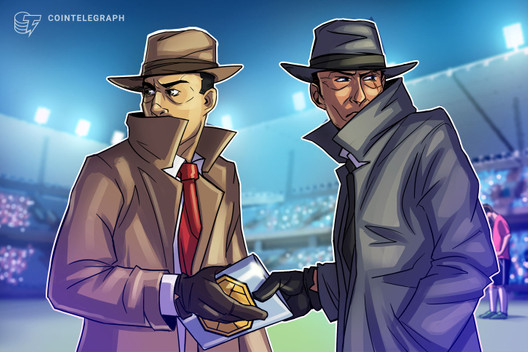 Cryptocurrency has purportedly helped to increase illegal gambling activity on soccer across the Asian continent.

Asian soccer has seen a sharp decline in match-fixing over the last six years, according to the Asian Football Confederation (AFC) in a Reuters article dated Feb. 14. However, the illegal gambling which has historically driven match-fixing in the region has grown, partly due to the rise of cryptocurrencies as a payment method.

Corruption and match-fixing down

The AFC and its integrity partner, Swiss-based Sportradar, have been working together to tackle corruption in Asian Soccer since 2013.

Prior to this, a handful of large global syndicates operated the illicit gambling and match-fixing racket, but thanks to the AFC’s clean up efforts, this has now become the domain of lone-wolves and local gangs.

Oscar Brodkin, the director of intelligence and investigation services at Sportradar said, “With key figures being imprisoned or disrupted and very high-profile cases being discussed in the media, match-fixing over the last five years has become much more fragmented.”

However, throughout this period, betting amounts have become larger, and traditional payment methods are being replaced by cryptocurrencies and even payment in kind. Brodkin said:

“We have observed an increase in adoption of cryptocurrency as a payment method for illegal activities and a medium to bet.”

Transparency International estimated the illicit gambling market in Asia to be worth around $400 billion in 2018. Gambling is technically illegal across most of the continent, including the most populous nations: mainland China, India, Indonesia, Pakistan and Bangladesh.

As Cointelegraph reported, in Europe, soccer’s relationship with crypto is a more positive one, with several clubs launching blockchain-based fan tokens to increase engagement. Most recently, Spanish soccer powerhouse FC Barcelona partnered with fintech platform Chiliz to create a blockchain-based token for the sports franchise.