IOHK donates $500,000 in ADA cryptocurrency to the University of Wyoming to advance blockchain research and development.

IOHK, the software company behind Cardano, announced on Feb. 14 a donation of $500,000 in Cardano (ADA) to support and develop the University of Wyoming’s (UW) Blockchain Research and Development Lab.

Professor Borowczak told Cointelegprah that IOHK’s donation will be used to support faculty and graduate students in developing practical applications for real-world blockchain use cases. He said:

“This funding is meant to directly stimulate and develop a highly qualified workforce in the blockchain sector. Student researchers from undergraduate and graduate levels are at the core of this initiative. Our research and development lab focuses on grounding all work in theory, while developing real-world products.” 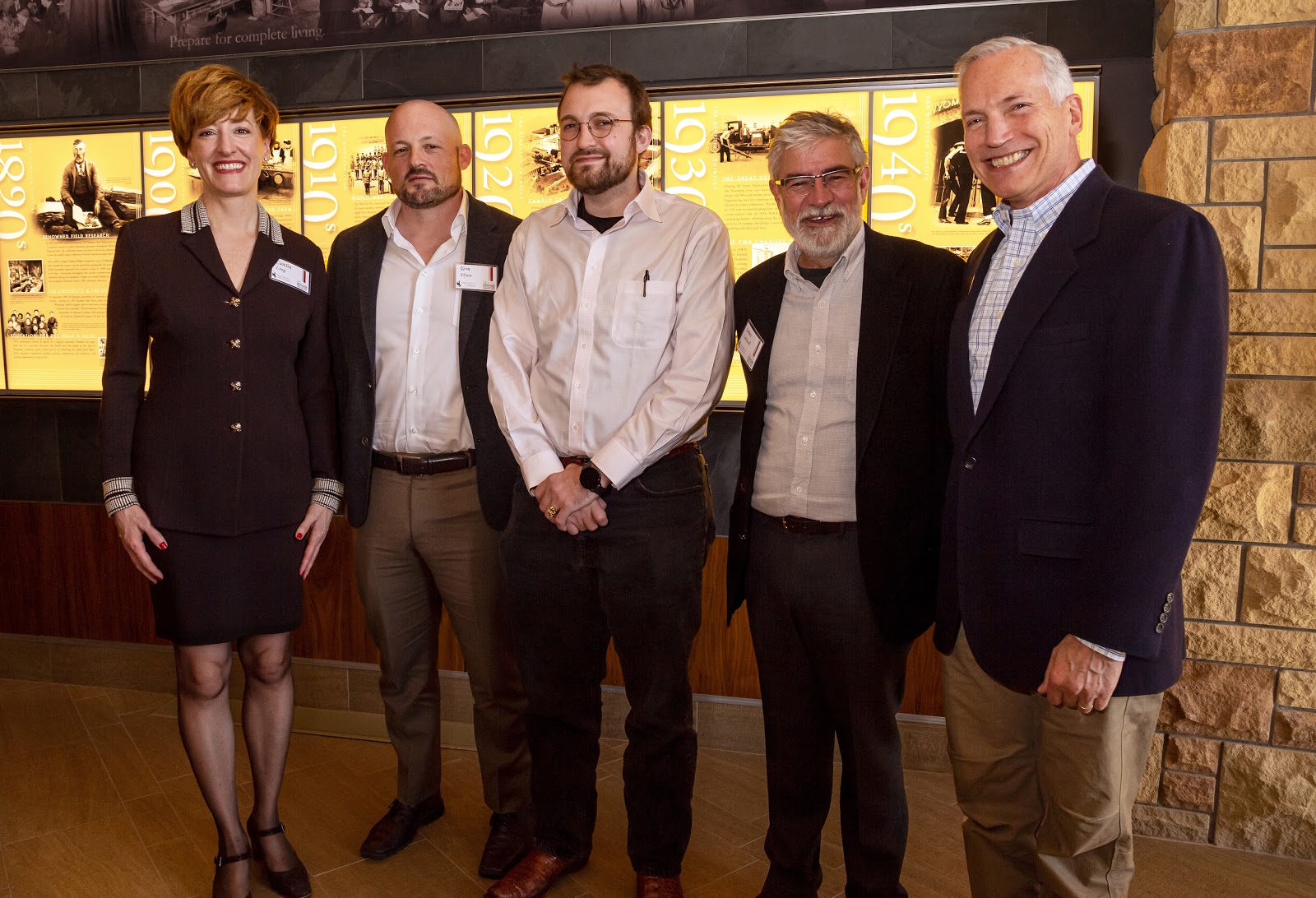 IOHK, which was founded by Ethereum co-founder Charles Hoskinson, is built around principles of peer-reviewed academic research. The company is committed to open-source software development, such as hardware for cryptography, authentication and measures against counterfeiting. For example, New Balance is using IOHK’s Cardano blockchain to authenticate its products for consumers.

According to Professor Caldwell, IOHK’s donation will specifically help with researching practical applications of blockchain, such as supply chain management, tracking the provenance of goods and the advancement of smart contracts. He said:

“Our group of researchers will work on a number of projects related to advanced smart-contract development, hardware design and verification for cryptographically secure authentication devices.”

Professor Caldwell also mentioned that UW’s Blockchain R&D lab will operate in partnership with IOHK, noting that the team will be working closely with Hoskinson and others on the IOHK research team. He explained:

“We expect to send students to visit the Blockchain Technology Laboratory at the University of Edinburgh, which serves as the global headquarters for IOHK’s various university collaborations. This arrangement should work well, since IOHK is at the cutting edge of blockchain technology, and their research model and goals fit perfectly with an academic Computer Science Department.”

Professor Borowczak further pointed out that while UW has been offering blockchain-related courses since Jan. 2018 (“Rock The Blockchain Vote” being the first), the university has only been able to support students on an educational level. The funding from IOHK will finally allow this to evolve. He said:

“Our students now have the opportunity to help define, develop, and improve the future landscape of blockchain technology. There are many research funding opportunities developing in the blockchain space – the difficulty is finding mutually beneficial partnerships that enable, balance, and respect academic research, student development, and the need for industry return on investment. This partnership leverages the strength, capabilities, and needs of our students, researchers, and IOHK partners.”

Another reason why Wyoming is at the forefront of blockchain

IOHK’s impressive donation to UW also exhibits Wyoming’s potential as one of the leading and most accepting regions in the world for blockchain development.

In Jan. 2019, Wyoming passed two house bills to create a regulatory framework to foster cryptocurrency and blockchain innovation. Following this, the Wyoming task force drafted a bill to define digital currencies as legal forms of money. Recently, Wyoming developed a series of rules for “blockchain banks,” which addressed cryptocurrency-focused features such as forks, airdrops and staking.

Caitlin Long, a former member of the Wyoming Blockchain Task Force, mentioned that IOHK’s donation will not only help advance university research, but will also benefit the state of Wyoming as a whole. She said:

“IOHK’s $500,000 donation, in the native Cardano cryptocurrency, ADA, will not just fund research into real-world uses of blockchain technology, but will also develop Wyoming further as a talent hub for software engineers, trained in the most advanced software development methods in the world.”

IOHK Founder, Charles Hoskinson, also commented that Wyoming’s supportive business environment and positive attitude towards blockchain was another reason for investing in UW. He said:

“The Wyoming Blockchain Taskforce’s supportive business environment and the excellence of the University of Wyoming’s science research is what led IOHK to choose to invest here. We are incorporated here as a business and are very happy to play a small part in helping embed Wyoming’s position at the global heart of blockchain-based innovation.”