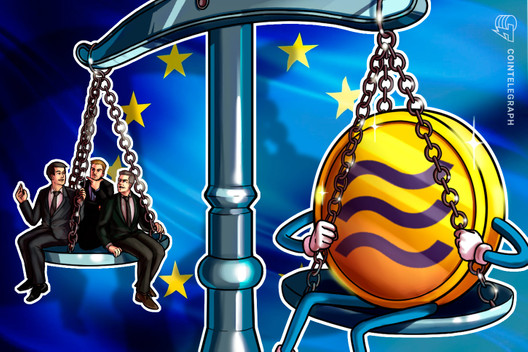 The digital currency set to be released by Facebook in 2020 still has unanswered questions from the EU.

Governments around the world are facing hard choices when it comes to cryptocurrency: overregulate it and risk losing the benefits to the economy, or do nothing and make themselves vulnerable to those who step up. Currently, the European Union can’t figure out what to do about Libra, the digital currency set to be released by Facebook in 2020.

According to a Feb. 19 memo released by Executive Vice-President Dombrovskis on behalf of the European Commission, the Libra Association has fallen short in its responses to questions from the EU. As a result, any information provided by Facebook “remains insufficient for determining the precise nature of Libra and, by extension, its relation with existing EU law.”

However, Dombrovskis also stated the Commission are “willing to act swiftly” when it comes to harnessing the potential of crypto by arranging regulations and oversight. Such a position reaffirms their Dec. 5 declaration to police stablecoins and monitor any risk to financial stability of the region.

Regulatory Backlash to Digital Currencies in the United States

“I actually don’t know if Libra is going to work.”

Government bodies in both the United States and the EU are working on better understanding crypto. The Commission launched an open public consultation that will be available until March 19th, while the Internal Revenue Service in the United States is preparing for a cryptocurrency summit on March 3rd.