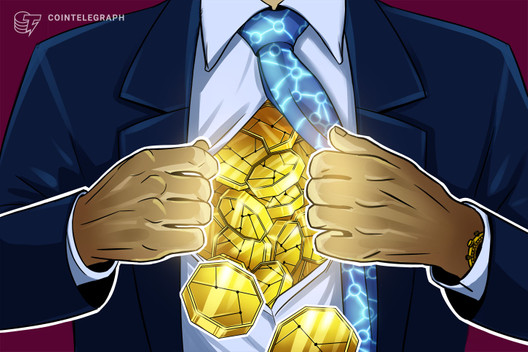 Ripple CEO Brad Garlinghouse explained how he talks to bankers to assuage their fear of crypto and get them on board with the new asset class.

Ripple CEO Brad Garlinghouse’s mission is to demolish bankers’ fear of cryptocurrencies and get them on board with the new asset class.

During a recent interview with CNN, Garlinghouse explained that “once regulators understand you’re not circumventing regulatory frameworks they get very comfortable very quickly.”

Garlinghouse said that someone at the World Economic Forum in Davos told him that “crypto is still a bad word here.” Because of this attitude in traditional finance, a big part of his work is explaining to bankers how crypto can solve real-world problems while staying compliant:

“A lot of what I am doing […] is meeting with regulators, meeting with very senior people at banks and explaining to them how crypto can be used — specifically XRP — can be used to solve a real problem, not to circumvent regulation. […] Once people understand that, they very quickly become disarmed, it’s no longer a bad word.”

Garlinghouse also addressed the adoption of Ripple’s crypto asset for on-demand liquidity, XRP, noting that last week it was used for $54 million in cash flows to Mexico. He claimed that this is 7.5% of the total flow of U.S. dollars to Mexican pesos, up from about 3% in December.

The fast development of Ripple

Cointelegraph recently featured Brad Garlinghouse in the Cointelegraph Top 100 list of the most influential people in the cryptocurrency and blockchain sector.