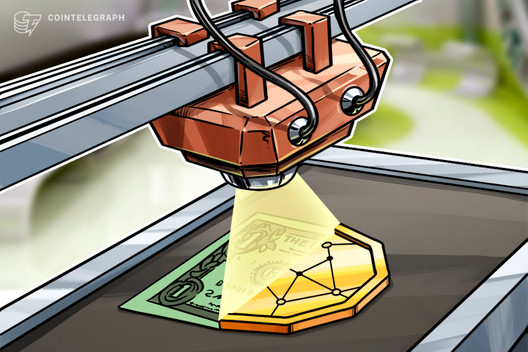 Former Chairman of CFTC says it’s time for Federal government to create digital Dollar that is equivalent to the digital gold Bitcoin.

The former CFTC chairman highlighted that online shopping would benefit from the U.S. offering a digital payment option as there won’t be any intermediary fees involved like with the traditional debit and credit cards. Giancarlo also added:

“When we talk about a digital dollar we’re talking about in the virtual world, to have that same immediacy of payment that we have in the analog human world.”

Digital dollar can serve to the equivalent to the digital gold, Bitcoin

Giancarlo believed that a digital dollar is agnostic to other initiatives in the cryptocurrency space. He said that Bitcoin and innovations like Facebook’s Libra have their own “value propositions” and could co-exist with a central bank issued digital currency (CBDC). He expressed that:

Giancarlo has also advocated that the U.S. regulatory framework needs updates to adapt to the changes that cryptocurrencies bring to the financial institutions. He says:

As reported by Cointelegraph, Giancarlo is involved with a Digital Dollar project that is supported by a global consulting giant Accenture, which is allegedly collaborating with Sweden’s central bank on its own digital currency known as the e-krona. This project was initially started by Giancarlo with the goal of establishing a non-profit foundation to study prospects for converting the dollar into a “fully electronic currency based on blockchain.”

Cointelegraph reported earlier this month that the U.S. Congressman Bill Foster (D-IL) has questioned the Chair of the Federal Reserve Jerome H. Powell on U.S’s CBDC progress at a hearing on monetary policy.

He specifically cited China’s plan to implement the digital Yuan among countries involved in its Belt and Road initiative and that it could jeopardize the dollar’s world reserve currency status.