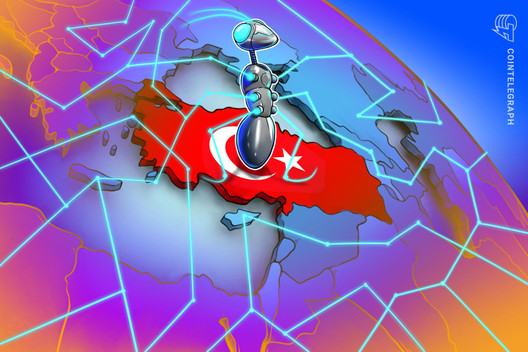 To avoid recession of national economics Turkey is planning to become the crypto and blockchain hab in Eurasia: What has been done and what to expect in the future?

Turkey is making huge strides toward becoming one of the world’s premier locations for blockchain and cryptocurrency adoption. A nation that has often been seen as a key strategic partner to the world’s biggest and  most influential countries due to its positioning between east and west might yet become the central hub for this nascent industry.

Some might call it unsurprising, given that inflation hit levels of 25% as of October 2018, shortly after the U.S. sanctions crippled an already struggling Turkish economy failing to recover from the 2016 coup attempt. These factors, coupled with low interest rates and an upcoming debt crisis, have led to a hugely volatile lira that is forcing Turks to look elsewhere to generate profit.

However, out of the ashes of the economy, a bright ray of opportunity is now facing the country, and it’s in a prime position to capitalize on its passion and enthusiasm for this technology, with 2020 set to be the year that catapults Turkish ambitions onto the global stage. Later this year, Turkey is expected to launch a digital lira dubbed “Turkcoin,” while its Capital Markets Board is set to provide clear regulation of cryptocurrencies, soon to offer a safe and regulated environment to launch and incubate projects.

Research made by ING found that Turkish people are already using and investing in cryptocurrencies more than people from any other country in Europe, and that they have a strong relationship with cryptocurrencies and an enthusiasm about using them.

The ING survey shows that Turkey is helping to drive the adoption of both cryptocurrencies and its underlying blockchain technology. Turkish people also reported very positively toward cryptocurrencies, with 62% positive about the future use of crypto. This compares to 24% of Brits and 20% of Germans, and is double the 31% recorded for United States citizens’ attitude toward crypto.

Somewhat surprisingly, a whopping 46% of Turks would rather cash not exist — more than double than any other country documented in the report. The research shows that Turkey can yet become a hotbed for peer-to-peer electronic cash systems to enter the market and gain traction. Encouragingly, more than any other European country, Turkish people are learning about crypto by seeking out information themselves. ING’s research shows that 55% have learned about crypto online, compared to 33% of people across the continent, suggesting that they are actively engaged in learning about blockchain and its technological benefits.

In addition, when asked if traditional banks should offer current accounts in crypto, for example Bitcoin (BTC), a massive 63% of Turkish people agreed, triple the 21% of Brits who felt the same, and more than double the view from across the continent.

The second survey by Statista showed that 20% of the population has used or owned cryptocurrency. Split across Turkey’s population of 84 million people, that is 16.8 million people. Huge, to say the least.

Konya and its “City Coin”

Already in 2020, the country has announced some big news surrounding blockchain. The Anatolian city of Konya is developing its own cryptocurrency for its 2.4 million inhabitants, dubbed “City Coin.”

In January, Konya Metropolitan Mayor Uğur İbrahim Altay said that the city’s administration is looking for ways to develop its own cryptocurrency to power blockchain use in the city. A team has been created in Konya to use blockchain to investigate new ways that local government services can benefit from decentralized ledger technology.

One of the first applications the local government is looking to use blockchain for is managing the reserve fund for social aid, and the team is working to have a prototype of the new service ready by mid-year — but its application doesn’t stop there.

There are ambitions to use crypto in government corporations’ activities, public transport, and environmental services, as well as a payment system to enable the use of crypto across government services.

A report from the Konya Chamber of Commerce says the city has more than ten different smart city projects in development, including a payment system for contactless credit cards as well as a smartphone app to help citizens use the services augmented with new blockchain functionality.

At the end of 2019, Turkey’s President Recep Erdogan said the government would finish testing a national digital currency in 2020, with the news featuring in the President’s Annual Presidential Program, which sets out the government’s objectives for the next 12 months.

The objective outlined in the program is to use the establishment of a national digital currency to help fulfil Istanbul’s goal of becoming an attractive center for global finance.

This objective is being supported closely by Turkey’s banking institutions, with the country’s clearing and settlement bank, Takasbank, announcing at the end of 2019 that its blockchain-based, gold-backed transfer system was live. Taksabank created BiGA Digital Gold to act as a way to support the transfer and issuance of digital gold between banks. The blockchain-based BiGA system lets any banks participating in the system use it to transfer digital assets representing a quantity of physical gold between them, with each unit representing a gram of physical gold that is stored in the vaults of the Borsa Istanbul stock exchange.

So far, major Turkish banks are using the system, including Ziraat, Vakif, Garanti BBVA, Albaraka Turk and many others. The country is clearly showing the political will to drive its vision forward, and the country’s financial institutions are helping to make the president’s ambition into reality.

This ambition is clearly having an impact. Some of the world’s largest cryptocurrency exchanges are setting up and developing their businesses in the region to ensure they can capitalize on the local market’s enthusiasm for crypto.

Binance, widely seen as the world’s most popular cryptocurrency exchange, has set up an office in Istanbul, following the news that Huobi had also established a Turkish office. Binance CEO Changpeng Zhao said he wanted to establish a local team consisting of between 10 and 20 people, and the exchange has actively been seeking applicants for managerial positions to lead the Turkish team. This comes after Binance adding support for the Turkish lira on its platform.

With interest at such a level of hype within the industry, it appears only a matter of time before a Turkish project rises up and is considered a leading project, which will only spur more and more interest in the Turkish blockchain and crypto ecosystem.

With all that being said, blockchain in Turkey is primed for take-off, with the above winning combination of factors set to strengthen its position as one of the leading countries for blockchain use and cryptocurrency adoption.