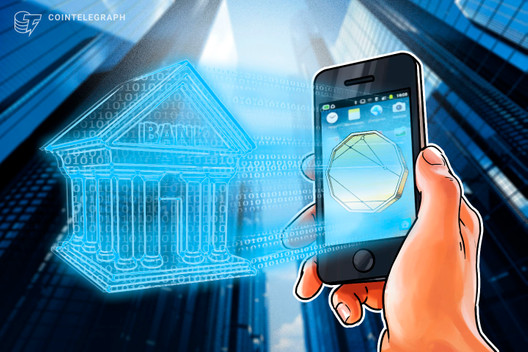 Crypto-supporting banking app Revolut has raised $500 million in a fresh funding round and tripled its valuation to hit $5.5 billion.

United Kingdom-based digital bank Revolut has raised $500 million in a fresh funding round and tripled its valuation to hit $5.5 billion. This, as the Financial Times reported on Feb. 25, makes the crypto-supporting app one of Europe’s most valuable fintech firms.

Since late 2017, Revolut’s app has enabled its users to complete transactions in cryptocurrencies that include Bitcoin (BTC), Litecoin (LTC), Ether (ETH) and XRP.

In Dec. 2018, the firm received a banking license in Lithuania, paving the way for a transition away from prepaid cards toward offering a fuller suite of banking services.

The new funding round was led by Silicon Valley venture capital group TCV, which invests in major tech players such as Facebook, Airbnb, Tripadvisor, LinkedIn and Spotify.

In 2018, the firm had been valued at $1.7 billion, in a funding round led by early Facebook and Spotify backer DST Global.

Revolut — which has a user base of over 10 million — saw customer growth rising by over 150% last year. Alongside its cryptocurrency and stock trading features, the firm is looking to expand into lending services and is pursuing a U.K. banking license.

The U.K. is proving to be a highly lucrative market for disrupter banks — sometimes dubbed “neobanks” — with users soaring from 7.7 million to 19.6 million last year, according to a report released yesterday by Accenture.

The first half of 2020 could also herald Revolut’s launch in the United States, should the firm manage to clear the regulatory hurdles. It has also been eyeing expansion to Latin American and Asian markets.

As recently reported, Mark Hipperson, the co-founder of fellow U.K.-based neobank Starling, is planning to launch a new banking venture, Ziglu, in Q1 2020. The bank will offer balances in multiple currencies — both fiat and cryptocurrency — held together in one account, which can be spent globally using a Mastercard debit card.

Hybrids combining the features of legacy banking services and cryptocurrency transactions continue to develop. Coinbase this week announced its principle membership of Visa and crypto-dedicated banks such as Switzerland’s SEBA and Syngum continue to diversify their services.