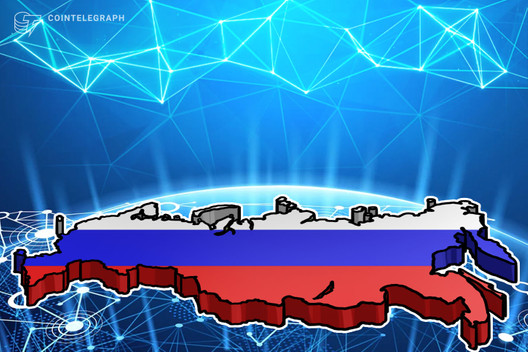 Russian billionaire Vladimir Potanin is one step further with his blockchain-based trading platform for industrial assets and commodities.

The billionaire’s venture, dubbed Atomyze, launched today, Feb. 25, in test mode. Potanin’s mining and smelting firm Nornickel will be the first to issue tokens on the platform, which is designed to speed up transactions, enable surplus supply trading and cut back on the red tape needed for interactions between customers and businesses.

Atomyze is based on IBM’s Hyperledger Fabric blockchain technology, and

Nornickel’s partners Trafigura, Traxys, and Umicore have been invited to participate in the platform’s testing phase.

In an interview with Bloomberg, Potanin indicated that other services and commodities from Potanin’s businesses could be tokenized using the platform in the future, such as Nordstar airline tickets and ski passes at his resort in Sochi.

Tokenizing metals at world’s largest producer of palladium and nickel

Potanin has estimated that crypto tokens will eventually account for one-fifth of all sales on Nornickel — the world’s largest producer of palladium and refined nickel.

Initially, Nornickel plans to test tokens backed by palladium, cobalt and copper reserves, with the total anticipated issuance in the first year expected to reach up to 10% of overall sales volume of production.

Via the platform, metal-backed tokens can be traded for physical supplies, and firms with a surplus from their contractual volumes from Nornickel can trade with other parties.

To broaden the platform to include Potanin’s other businesses — such as the Nordstar airline or the Rosa Khutor resort in Sochi — Atomyze will need to seek further approval from the central bank.

Having recently secured the green light from Russia’s central bank to extend platform’s user base to include consumers, Potanin noted that the central bank had given him a very wide mandate, observing that:

“To some extent Russia appears ahead of many other jurisdictions in terms of digitalization.”

Beyond Russia, Atomyze will be available for businesses — but not consumers — in the United States and Switzerland, once regulatory approval has been secured.

Potanin’s venture meanwhile awaits the finalization of amendments to Russia’s forthcoming law on digital financial assets. As reported, these were submitted by the central bank after the successful conclusion of a four-month pilot of Atomyze in its regulatory sandbox.

Potanin therefore expects commercial operations of the platform to launch by the year’s end.

As reported, IBM and Nornickel joined forces last year to launch an educational program for specialists to develop digital technologies for the mining and metals industry.

Beyond Nornickel, Austrian steel trading company Alukoenigstahl has also revealed that it is working on a blockchain-based steel trading data system dubbed “Steel but Smart.”