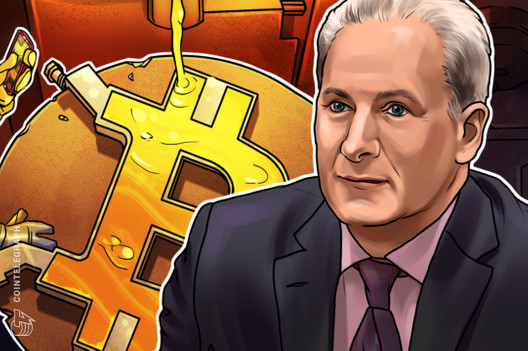 Recent price drops appear to reinforce Schiff’s skepticism as he claims that Bitcoin as a safe haven asset is nothing but “nonsense.”

In a series of tweets beginning Feb. 25, Schiff, well known as a gold proponent, claimed Bitcoin’s volatility made it inferior to the precious metal.

Schiff: Bitcoin as a safe haven is “nonsense”

BTC/USD has seen considerable selling pressure since the weekend, losing almost $1,000 over the past three days.

“Bitcoin promoters claim #Bitcoin has proven itself to be superior to #gold as a safe haven and store of value. This is nonsense,” one post reads.

“Bitcoin hasn’t been around long enough to prove anything other than P.T Barnum right. There’s a sucker born every minute and many of them own Bitcoin.”

While Schiff is in fact among those who own Bitcoin, his interaction has been marred by a lack of understanding of how even basic consumer wallets work. As Cointelegraph reported, Schiff railed against wallet provider Blockchain after he failed to unlock his wallet. He ultimately admitted that he had confused his pin with his password.

Nonetheless, Schiff remains convinced that gold is a superior investment and that Bitcoin is far from its digital equivalent.

Pomp gets a fresh grilling

Fuelling his argument this time was a recent CNN appearance by Morgan Creek Digital co-founder, Anthony Pompliano, with whom Schiff had debated Bitcoin on air last year.

Pompliano described Bitcoin as a “non-correlated asset,” which is of use to investors because it reacts differently to events compared to gold, stocks and other traditional punts.

“As long as it’s preserving your wealth or increasing it, that non-correlation makes it a safe haven asset,” he summarized.

For Schiff, however, this was not convincing enough.

“On CNN @APompliano admitted that #Bitcoin isn’t a safe haven asset, but a non-correlated asset, meaning regardless of what other assets do, Bitcoin is as likely to go down as up,” he claimed on Wednesday.

“So the value of Bitcoin is that no one has any idea what its price will do. What’s that worth?”