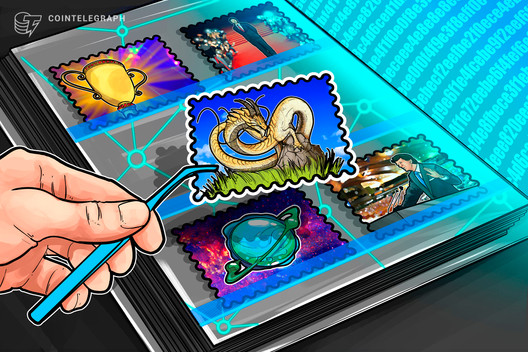 The UFC has partnered with CryptoKitties creator Dapper Labs to launch blockchain-based collectibles on the forthcoming Flow platform.

According to a press release on Feb. 25, the partnership will see the development of “a new digital experience” for UFC fans, including opportunities to own, maintain, and trade UFC-branded collectibles on Dapper Labs’ Flow platform.

Flow is Dapper Labs’ forthcoming blockchain project, which the firm describes as a developer-friendly platform for building blockchain apps, games and digital assets. The company will launch Flow before 2021, with the development of UFC collectibles starting this quarter.

The platform will allow fans to own gamified “tokenized representations of their favorite fighters” resembling Tamagotchis, with fans able to train, level up, and manage diets to qualify for different weight classes.

A Dapper Labs spokesperson emphasized that fans will be given autonomous ownership over their tokens, stating: “spending money in Flow apps is more like collecting sneakers or signed gloves you can sell on eBay anytime, rather than spending money in video games.”

The spokesperson added that Flow has seen “enormous interest” from “organizations and individuals across music, entertainment, and sports.”

The partnership came about following an introduction from Endeavor — a Dapper Labs investor. Endeavor indicated that the UFC was “open to new technology projects and interested in deepening fan relationships.”

UFC senior vice president of global consumer products, Tracey Bleczinski, stated: “UFC is thrilled to partner with Dapper Labs to offer a new form of digital collectibles to our global fanbase. UFC prides itself on being innovators in sports technology, and Flow is another way to provide our fans with the best entertainment experience.”

Dapper Labs CEO Roham Gharegozlou described the platform as offering UFC’s fanbase “a real ownership stake in the game they love and the communities they’re a part of.”