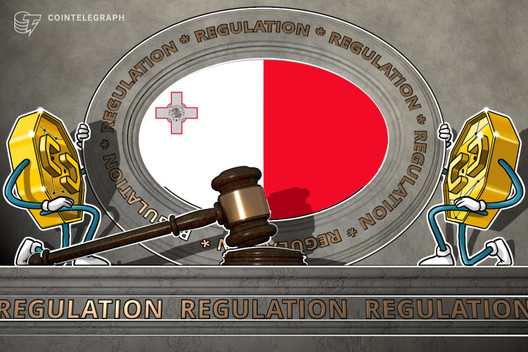 The Malta Financial Services Authority has industry released feedback on the definition of security tokens and the challenges such assets face in Maltese markets.

The Malta Financial Services Authority (MFSA) has released feedback on the definition of security tokens and challenges such assets face in Maltese markets.

In a paper published on Feb. 25, the agency gave feedback on security token offerings (STO) from 18 industry stakeholders, including national agencies, regulated businesses, technology providers, law and consultancy firms, among others.

The MFSA initially asked industry stakeholders to provide their opinions and advice on the definition of STOs last July. It also asked for their assistance in interpreting the challenges STOs face within the existing legal framework. The MFSA noted the absence of clear definitions for transferable securities both by it and at the European Union level.

According to the paper, the majority of respondents generally disagreed with the categorization of different types of STOs proposed by the MFSA. Most respondents said that there should not be a distinction based on whether the instrument is tokenized since the concept of transferable securities is unified by EU law. This distinction could ostensibly lead to risks of structuring arbitrage.

One suggestion was to develop a new framework for traditional transferable securities that deploy distributed ledger technology.

Others stated that Malta should adopt the taxonomy for crypto assets proposed by the Blockchain Research Institute, or that the categorization should depend on the impact of blockchain tech and the underlying infrastructure of a project.

The document contains other opinions on the issue, including the management of rights and obligations related to securities, double-checking verifications of transactions, and alternative solutions, among others.

In Malta — which claims to be a “blockchain island” for its industry-friendly policies — crypto startups still struggle to obtain financial services due to regulatory sluggishness. Last fall, companies were being turned away by banks that did not have the “risk appetite” to support such ventures. Instead, financial services remain reserved for those that are fully regulated by the MFSA, a process that can take up to six months for a first response.

Just recently, news broke that major crypto exchange Binance was not authorized to operate in Malta as the MFSA claimed that it had never approved the exchange:

“Following a report in a section of the media referring to Binance as a ‘Malta-based cryptocurrency’ company, the Malta Financial Services Authority (MFSA) reiterates that Binance is not authorized by the MFSA to operate in the cryptocurrency sphere and is therefore not subject to regulatory oversight by the MFSA.”