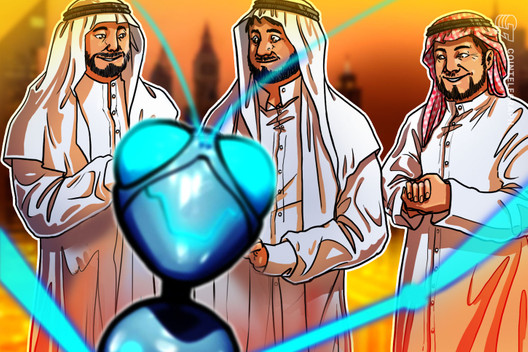 Moody’s ratings agency has said that the proposed blockchain-based KYC consortium in the United Arab Emirates is credit positive for the nation’s lenders.

Moody’s Corporation has said that a new blockchain-based Know Your Customer (KYC) platform in the United Arab Emirates is credit positive for the nation’s lenders.

According to a report by local media outlet The National on Feb. 26, the ratings agency has said that the platform will improve asset quality and boost profits.

According to Moody’s, the new KYC platform will improve compliance with local and international regulations, while keeping customer data secure. Moody’s said:

“We expect the KYC blockchain consortium to support the asset quality of UAE banks primarily by reducing operational risk. The platform will facilitate faster and more secure onboarding, and exchange of authenticated and validated digital customer data and documents through distributed technologies powered by blockchain.”

Use of blockchain technology can also help to guard against data breaches, as Moody’s explained:

“The platform will support regulatory oversight of banks’ collection and management of KYC data. We also expect it to help credit risk management with better data for client underwriting and debt collection.”

Moody’s also expects other institutions in the region to gradually join the platform, which it says “has the potential to become an important component of the country’s digital ecosystem.”

The KYC platform will be developed in partnership with blockchain platform and applications provider Norbloc and is expected to roll out in the first quarter of 2020.