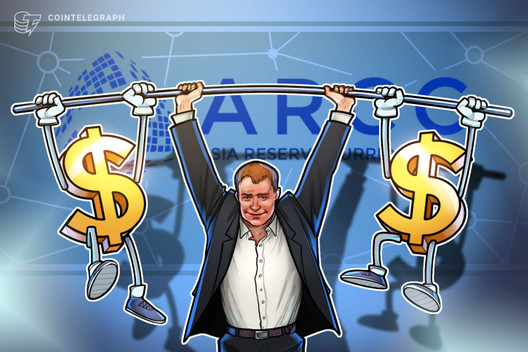 The International Blockchain Monetary Reserve will fund a token project that aims to improve financial inclusion in Southeast Asia.

The International Blockchain Monetary Reserve (IBMR) announced it has raised $3.48 million as an investment seed into ARCC Currency Reserve.

The reserve is a basket of cryptocurrencies that includes Algorand (ALGO), Bitcoin (BTC), and Binance Coin (BNB) as well as 700,000 U.S. dollars in seed investments for United States-based tech startup companies. These assets back the value of the Asia Reserve Currency Coin, or ARCC.

The funding, according to an announcement on March 25, will come directly from Borderless Capital and other companies and coincides with the official listing of the ARCC token on BiKi Exchange — a company that currently has over two million registered users in Singapore.

The announcement further adds that ARCC incentives participation in the ARCC.one microfinance asset management platform and is issued as an Algorand Standard Asset token, as Cointelegraph previously reported on December 12.

Sinjin David Jung, founder and managing director at IBMR, stated that the mission of ARCC targets urban working poor of Southeast Asia to bring them socio-economic transparency and financial stability.

As for the ARCC token listing, it will be included on BiKi Exchange on March 31, 2020.

As Cointelegraph has previously reported, IBMR and blockchain firm Algorand partnered last December to jointly launch a microfinance platform dedicated to the ARCC token. The platform aims to provide debt-free capital to the urban poor in Asia, where 300 million adults do not have access to traditional financial institutions and instruments such as bank accounts or credit.