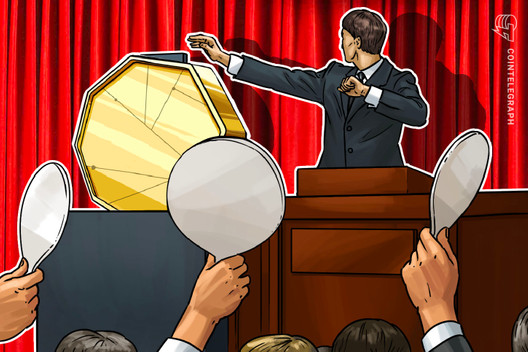 Blockchain firm Solana has sold out of the tokens that it issued via a Dutch auction on CoinList’s platform.

On March 24, United States-based blockchain company Solana successfully sold all of its tokens via a “Launch Auction” hosted by crypto fundraising firm CoinList.

Solana raised $1.76 million from 445 bids placed from 91 different companies. 8 million SOL tokens were distributed at $0.22 each. 1,416 prospective investors had registered to participate.

CoinList’s Launch Auction token issuance model comprises a “Dutch auction” — where the bidding for a token begins at an initial price ceiling which is dropped by a fixed amount periodically.

Investors bid for the number of tokens that they wish to purchase at a given price until either all tokens are sold or the price drops down to a reserve price set by the issuer. Solana had set its price floor at $0.04 per token.

In total, Solana has raised $25.6 million through issuing 186 million tokens or 37.2% of its total supply across four fundraising rounds.

Given the volatility across all markets and the uncertainty caused by COVID-19, we find these figures especially impressive,” said CoinList.

Though not as widely known as initial coin offerings (ICOs) or initial exchange offerings (IEOs), the cryptocurrency industry is no stranger to Dutch auctions.

In June 2019, the Algorand Foundation raised $60 million in a Dutch auction that issued 25 million ALGO tokens. The offering began at $10 per token, with the price being driven down to $2.40 over the course of 4,000 rounds of bidding.

In 2017, crypto firm Gnosis introduced plans to launch a decentralized exchange for ERC-20 token issuances modeled on Dutch auctions. While Gnosis has since stepped away from dxDAO, the platform exchange is still operating today.