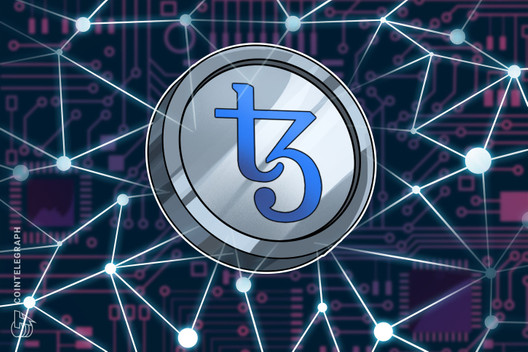 In an announcement on May 19, Bitcoin Suisse — which custodies over $1 billion in assets — revealed it was going live with XTZ delegation and custody support using its Bitcoin Suisse Vault, which completed an ISAE 3402 audit by PwC last fall.

Similarly to other Proof-of-Stake (PoS)-based blockchains, Tezos investors are able to earn a form of “interest” by staking (depositing) their tokens to both maintain the network and earn rewards.

With Tezos in particular, stakeholders participate in the staking and governance process by “delegating” their coins to a delegation service of their choice. Once delegated, these holdings are set in correlation with the total staking balance of the service, with rewards paid out accordingly once they have been released by the network.

Bitcoin Suisses has supported XTZ staking services for its clients since July 2018, though not yet using its PwC-audited high-security vault. The broker says that increasing numbers of institutional and professional investors are coming to consider the benefits of crypto assets and crypto financial products, including the possibilities of staking.

However, asset managers and fund managers may lack the “deep technical know-how” and “specific hardware,” Bitcoin Suisse claims, as well as an understanding of the pertinent risks.

Commenting on the launch of Bitcoin Suisse’s PwC-audited storage solution, Roman Schnider, CFO and Head of Operations at the Tezos Foundation, noted:

“Tezos was created with fundamental security features like formal verification that allow for institutional-grade smart contract security. As more institutional adopters and investors get involved with the Tezos protocol, institutional-grade custody services […] will be an integral part of the ecosystem.”

Last month, Bitcoin Buisse had also been among the partners supporting the launch of a new Bitcoin-backed token on the Tezos blockchain, dubbed “tzBTC.”

Earlier this year, Bitcoin Suisse founder Niklas Nikolajsen, argued in an interview that “once it’s proven that Proof-of-Stake works well, it’s a superior system to Proof-of-Work.”

Unlike the Proof-of-Work consensus algorithm that underpins Bitcoin, PoS-based networks demand significantly lower levels of electricity to sustain them.

Notwithstanding his positive views of PoS as a consensus algorithm, Nikolajsen did argue against the commonly-held view that energy intensivity represents an achilles heel for the Bitcoin network.