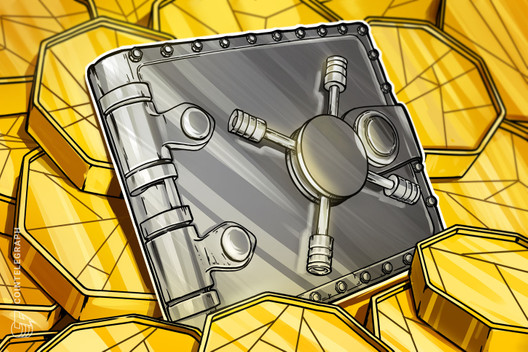 With less than a week until its launch, Ngrave has unveiled more details of its EAL7-certified hardware wallet, the Zero.

Digital asset security firm Ngrave has released more details of its fully offline hardware wallet, the Zero. As previously reported, the Zero claims to be the first hardware wallet to receive EAL7 certification — one of the highest security gradings in the world.

The Evaluation Assessment Level is graded from EAL1 to EAL7, with the latter representing the fullest battery of testing possible, including design documentation and analysis, functional, and penetration testing.

In the belly of the beast

“ProvenCore is the first TEE to be formally proven down to the generated code. The proof also covers all of the essential parts of the TEE. ProvenCore provides a distinctively higher security level and a lower cost of security.”

The software is paired with a new, highly secure and tamper-proof microprocessor unit from ST Electronics. The Zero also features a built-in secure element that is wrapped in a tamper-proof sealed metal casing, which also shields against incoming and outgoing frequencies.

A fresh approach to security

In contrast to many hard wallets, the Zero does not rely on one “master seed” that ships with the device, but incorporates elements of biometric data such as fingerprints and even environmental randomness from light levels.

The Zero eschews USB or Bluetooth connections to remain fully air-gapped and remove a potential point of failure.

Instead, communication between the device and its associated mobile phone app occurs solely through the exchange of QR codes, which contain no data about the user’s private keys.

“Our technology’s firmware and hardware meets the security industry’s most stringent specifications possible. This lets us assure NGRAVE wallet customers they’ll own the world’s most secure crypto cold storage wallet, as independently verified by the world’s best information technology and security standard.”

As Cointelegraph reported, Ngrave recently took on Jean-Jaques Quisquater as an advisor. Quisquater is a pioneering cryptographer and was quoted by Satoshi Nakamoto in the original Bitcoin whitepaper.