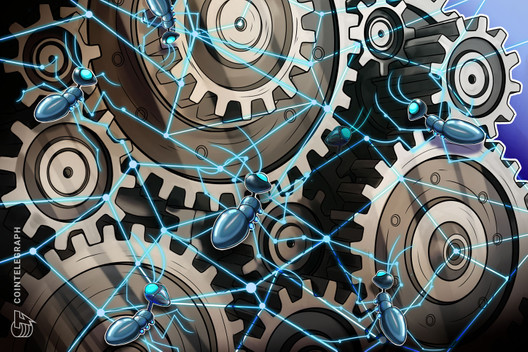 JPMorgan’s Quorum provides the infrastructure for many new financial projects thanks to unique features and a partnership with Microsoft Azure.

According to a claim by Harvard Business Review, blockchain will do to banks what the internet did to the media. When it comes to the banks and financial organizations of today, blockchain has the potential to solve a host of problems. Blockchain technology possesses nearly all the attractive characteristics needed by a reliable technology involving money. It is safe, secure, decentralized, transparent and relatively cheaper.

Blockchain’s potential in financial services is significant and has several applications, spanning payments, capital markets, trade services, investment and wealth management as well as securities and commodities exchanges. Blockchain technology is tipped to be one of the main drivers for helping businesses achieve substantial cost savings.

Still, most blockchain platforms get disqualified due to one major condition that is practically mandatory in the financial sector: privacy. The nature of financial data makes banks and financial institutions some of the biggest targets for data breaches, and having client data on a transparent blockchain simply won’t do.

JPMorgan understood this, and set about building a blockchain protocol that could be immutable and transparent without revealing all the details of transactions recorded on the ledger. And even though it’s based around the Ethereum protocol, several major enhancements for enterprise and permissioned use cases have given Quorum much more flexibility with how user privacy is protected. The combination of use-case-driven development with experience and resource-rich leadership has opened a lot of doors for the permissioned blockchain protocol.

Using Quorum, firms will be able to reduce the need for manual intervention in aggregating, amending and sharing data, while regulatory reporting and audit documents become easier, requiring less manual processing. As a result, employees can focus exclusively on value-added activities. Post-trade reconciliation and settlement are clear examples of time-consuming and expensive processes that financial institutions could completely redesign by adopting blockchain technology.

Microsoft takes a leading role in distribution and cloud adoption

It seems that few understand the needs of enterprise clients better than Microsoft Azure, which has made Quorum one of the centerpieces of its Blockchain-as-a-Service platform, Azure Blockchain Services. The Quorum engineering team worked on upgrading Quorum’s privacy architecture last year as the protocol shifted from a privacy engine written in Haskell to a more robust version written in Java. This allows users to encrypt, decrypt and send private transactions between nodes in the network. The new privacy engine was used as the standard one for Azure’s managed blockchain service.

The results have been positive, as Azure’s cloud platform and Quorom’s blockchain protocol are now the one-two punch behind Brazil’s new financial clearinghouse. This month, the Central Bank of Brazil launched the project, which is a great demonstration of how private blockchain infrastructure can reduce costs while decreasing the use of paper-based legacy financial systems. Not surprisingly, they are not the only adopters of Quorum’s technology.

How is Quorum being used?

With a backer like JPMorgan, it’s no surprise that many of Quorum’s existing deployments are in the financial sector. Too often in the blockchain sector, projects are basing development on technical benchmarks like speed or scalability, and then struggle to find actual users and clients after launch. JPMorgan avoided this by developing Quorum with the financial sector in mind, giving the Ethereum-based network an easy path from conceptualization to real-life deployment.

Despite being heavily used for financial services, Quorum has proved to be fairly versatile, as the permissioned chain has been introduced to other industries where privacy, speed and reliability are viewed as more desirable than complete public transparency. It’s evident that other industries are moving to adopt the blockchain framework, with notable names including State Farm, Starbucks, LVMH, Xbox, SAP, Kaleido and others. 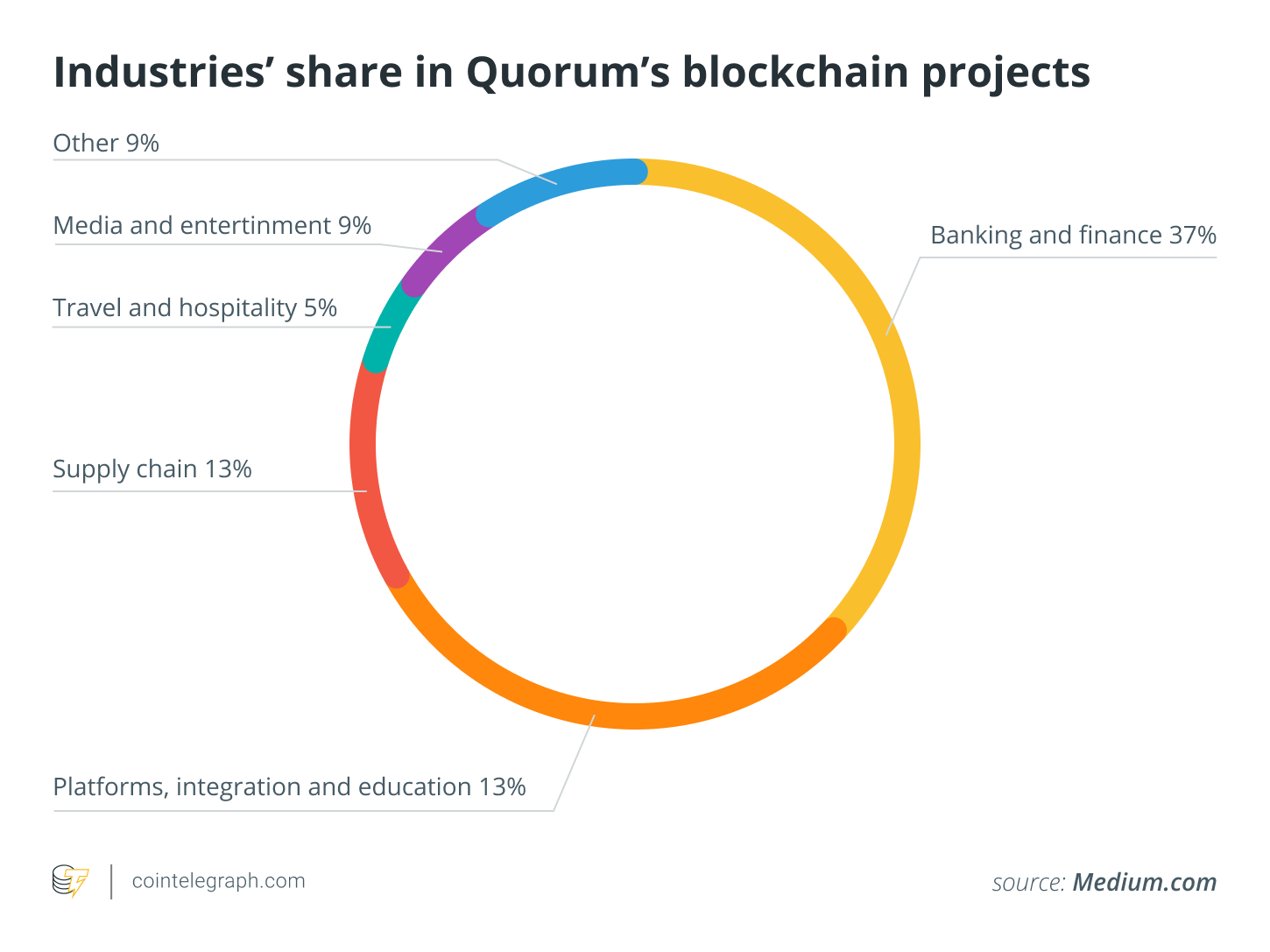 The permissioned blockchain space has a lot of competition, with R3 Corda and Hyperledger Fabric sharing many of the benefits that Quorum possesses. If Quorum can leverage its strong connections in the financial sector, this could give them a major boost in adoption and bring developers closer to the project.

Still, the goal of blockchain infrastructure should be to connect multi-industry ecosystems, and Quorum can do this by focusing on interoperability. Considering its code is based on Ethereum, there are a lot of opportunities to create links with the public blockchain space, building hybrid networks where consumer-facing data can be stored on the public Ethereum network while more private data remains on permissioned Quorum nodes. Some major Quorum use cases such as trade finance and commodity markets are great examples of areas where both permissioned and permissionless blockchains could work in parallel networks.

Quorum seems to be solving a key problem with existing protocols by adding powerful privacy and permissioning features and support for enterprise-focused Raft and IBNT consensus algorithms on top of the Ethereum codebase. Other blockchain vendors could learn a valuable lesson from this — the design of a solution must be fundamentally aligned with the business use case it seeks to fulfill.

A blockchain firm with a one-size-fits-all approach to infrastructure will struggle to find business users willing to get on board. Industry players like JPMorgan will play a key role in acquiring such users while attracting other major tech projects like Microsoft Azure to partner up with.