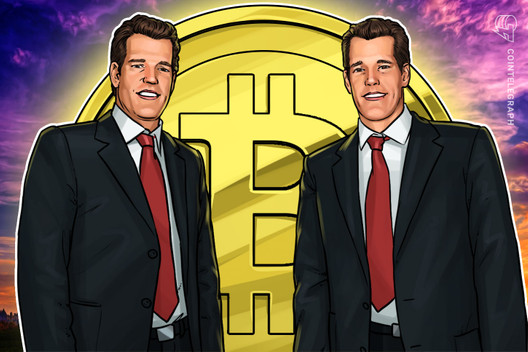 The Winklevoss Twins apparently think that space mining is just around the corner.

The Winklevoss Twins suggested that Bitcoin (BTC) is a better investment than gold because the metal’s supply will increase after Elon Musk starts mining asteroids.

In an interview with internet personality and Barstool Sports founder David Portnoy, the Winklevoss Twins claimed that Bitcoin is a better investment than gold because gold does not have a fixed supply:

“There’s billions of dollars of gold floating in asteroids around this planet, and Elon [Musk] is gonna get up there and start mining gold. […] That’s why gold is a problem, because the supply isn’t fixed like Bitcoin.”

Portnoy reasonably asked, “Is that, like, a real statement?” to which the founders of Gemini cryptocurrency exchange replied, “yeah.”

To further reiterate the idea that gold is inferior to Bitcoin, one of the twins said that “gold is for boomers” adding that Bitcoin is “the only fixed asset in the galaxy.”

Space mining is not a new idea, in fact Planetary Resources — a firm planning to mine asteroids for profit founded in 2016 — has so far raked in $50.3 million according to company data website Crunchbase. As Cointelegraph reported at the end of 2018, the firm was later acquired by Ethereum-focused blockchain firm Consensys.

Some predict that with further development of space travel technology we could soon see a new space race between private companies that are looking to mine minerals in space. CNBC suggested in May 2018 that materials lying in the belt of asteroids between Mars and Jupiter hold “wealth equivalent to about $100 billion for every individual on Earth.”