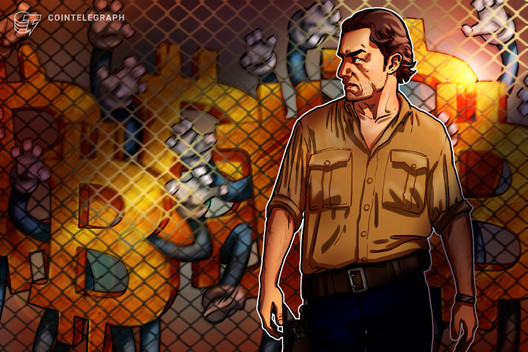 The $150,000 worth of Bitcoin was allegedly being used to launder money gained through fraudulent support loan applications on behalf of dummy businesses.

A U.K. woman has been arrested in possession of £115,000 ($150,000) of Bitcoin (BTC), according to a Metropolitan Police report. The cryptocurrency is alleged to be the proceeds of a fraudulent scheme applying for government loans designed to assist small businesses in the wake of the coronavirus pandemic.

The 35-year-old woman was arrested on suspicion of fraud, money laundering and child neglect, following the search of a residential address in Ipswich, United Kingdom on Aug 12. Officers successfully applied for the detention of the Bitcoin held in the suspect’s cryptocurrency wallet on Aug 13.

The investigation leading to the arrest had uncovered a series of mule bank accounts found to have received the proceeds of several fraudulent applications for “Bounce Back Loans.” This scheme was launched by the U.K. government to assist small businesses affected by the pandemic.

This money was then used to buy Bitcoin worth $150,000, which was being held in the suspect’s wallet.

“For people to take advantage of Government support available to those who really need it in these unprecedented times is appalling.”

And it isn’t just the government which is being targeted by criminals during the pandemic. As Cointelegraph reported, U.K. authorities have warned citizens to avoid scammers using the crisis to hoax citizens.