Celebrity Ashton Kutcher has digitized and incarcerated a drawing that will be auctioned on NFT marketplace Cryptograph to support ecological charities.

An ‘artwork’ doodled by famed That 70s Show star Ashton Kutcher has been digitized and will be auctioned on the new non-fungible token (NFT) and digital art marketplace Cryptograph.

The auction will raise funds for ecological conservation non-profits Global Wildlife Conservation and Oxygen Seven, with bidding set to commence on August 25 from 10 am PT and remain open for three days.

After digitizing the drawing, Kutcher set the original on fire, with Cryptograph describing the incineration of the hastily scribbled piece as “turning it from the temporary physical world into the immortal digital world.”

Some might argue that immortalization on the blockchain is an honor ill-befitting Kutcher’s very basic pen-and-paper scribble that appears to comprise roughly one-dozen pairs of eyes alongside his signature and a small star. However, Cryptograph notes the subjective nature of art and points out that “art is all in the eye of the beholder.” 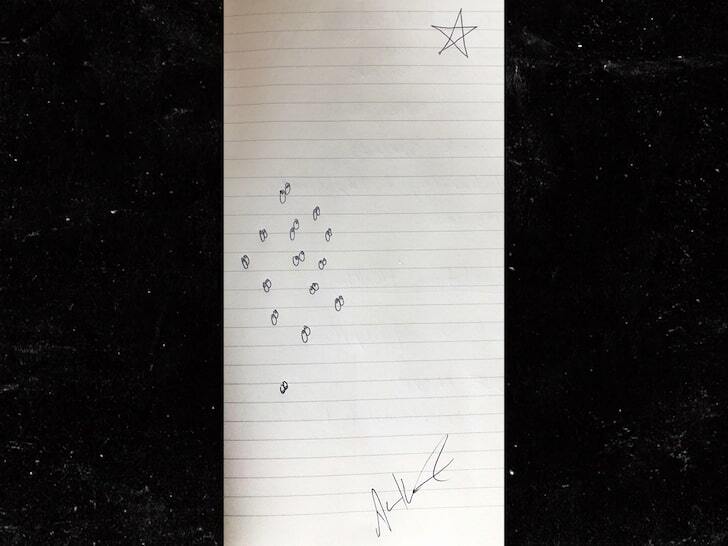 Cryptograph asserts that the burning of Kutcher’s drawing showcases the advantages of digital over physical artworks. Unlike the original drawing, the blockchain-based version of Kutcher’s scribble is not vulnerable to “forgery and destruction,” and “will exist forever.”

Launched in July, Cryptograph is seeking to position itself as the leading marketplace for one-of-a-kind digital collectibles created by renowned artists and public figures.

The platform claims that the NFTs sold on its platform “perpetually support charitable causes,” with smart contracts ensuring that a portion of the proceeds from future trades on secondary markets are donated to non-profit organizations, as well as to the artists that created the works sold on Cryptograph.

Cryptograph’s arrival comes as NFT marketplaces have seen increasing popularity, with the Winklevoss-backed Nifty Gateway recently hosting an auction that saw a unique artwork sell for more than $55,000.