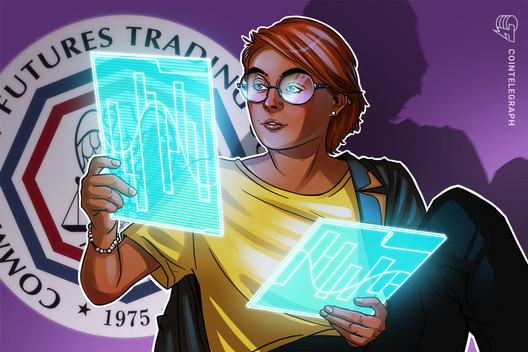 While nobody can find the man behind alleged ponzi scheme Control-Finance, the CFTC is asking the court to throw the book at him.

In the case of United Kingdom-based Control-Finance and its AWOL operator Benjamin Reynolds, the United States Commodity Futures Trading Commission asked the court to order Reynolds pay nearly half a billion dollars on Aug. 20.

In a legal action that began in June of last year, the CFTC has been unsuccessful in its attempts to locate Reynolds. The commission alleges that Reynolds laundered 22,858 Bitcoin from May to October of 2017 — by their estimates worth $147 million at the time, but as of press time valued at $269 million.

“Defendant shall pay a civil monetary penalty in the amount of four hundred twenty nine million dollars ($429,000,000) (“CMP Obligation”). If the CMP Obligation is not paid immediately, then postjudgment interest shall accrue on the CMP Obligation beginning on the date of entry of this Order.”

The proposed judgment may be an effort to scare Reynolds out of hiding. The CFTC initially requested default judgment against him in April, admitting that they had no luck tracking him down.