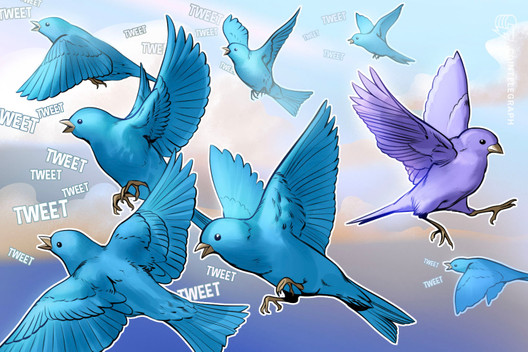 Many crypto heavyweights use Twitter as their primary tool for sharing information (or even misinformation) about their own projects or other interesting subjects. Some of them even consider Twitter engagement their most important performance indicator.

We decided to put the Twitter habits of the crypto elite under a microscope to get a better sense of how they actually engage with the popular social media platform.

For our analysis, we picked 13 crypto entrepreneurs (we measured each Winklevoss twin’s habits independently). To make our list, the subjects had to be actively running a crypto business and command a strong Twitter following at the same time. Our analysis is based on each subject’s last 1,000 public tweets, collected on August 11, 2020.

Seven of the 13 people on our list rely on Twitter’s conventional web interface to do their tweeting. The other six are mobile-first: two favor iPhone, four favor Android. Vitalik Buterin seems to be using the web interface almost exclusively for his tweets.

Meanwhile, the Winklevoss twins share not only the same appearance, but the same preference for tweeting from an iPhone. Tyler Winklevoss is perhaps the most active Twitter user on our list — pulling his 1,000 latest tweets only took us back to mid-June.

At the other end of the activity specture, Brad Garlinghouse and Jihan Wu haven’t even tweeted 1,000 times in the entire lifetime of their account.

Most members of our list tweet on an individually consistent level — the number of tweets per day mostly stays the same. But some also have predictable variances. Weekend tweet production just isn’t in the cards for Garlinghouse, Barry Silbert, or either Winklevoss twin.

Adam Back plays it backwards from this crowd: his Twitter activity explodes on the weekends.

To analyze the time of day that our subjects most commonly tweet would call for gathering accurate time zone data for every tweet. This can be tricky for a couple of reasons: many on our list are global jetsetters, and a tweet’s geographic information is not always public.

We wanted to learn first-hand from the crypto elite how they view their Twitter activity and what role it plays in their busy lives. Litecoin (LTC) founder Charlie Lee told us that Twitter is rather important to him: “I use Twitter to announce Litecoin news and for shitposting.” He added that his favorite people on Twitter are Udi Wertheimer, Samson Mow, Stefan Jespers and Riccardo Spagni.

Hashcash creator Adam Back told us he had recently written a tweet that expresses his philosophy of Twitter: it’s for chit-chat and “shit-taking.” 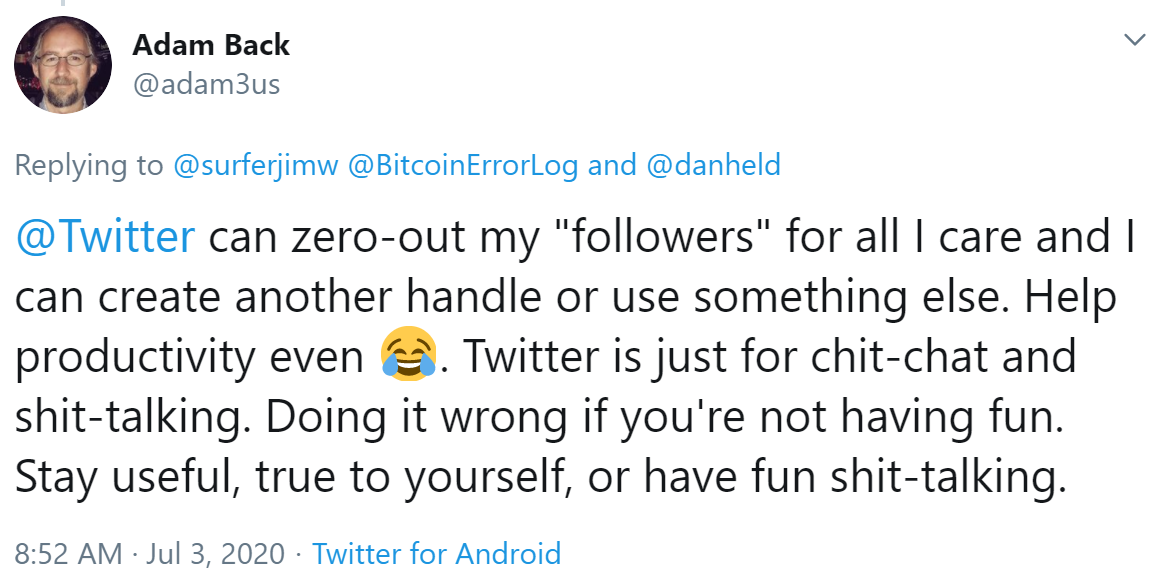 Charles Hoskinson told Cointelgraph that his Twitter feed is a “bulletin board of what’s happening in my industry and the world that day.” His favorite person on Twitter is Elon Musk, and he has some advice for Twitter beginners:

Roger Ver told us that he has a simple Twitter strategy: “I try to tweet once per day about whatever is on my mind that day. Bitcoin.com and BCH are on my mind most of the time, so they find their way into my tweets often.”

Ver added that his favorite Twitter personality by far is Sal Mayweather. His advice for aspiring crypto Twitteratti? “Keep an open mind.”