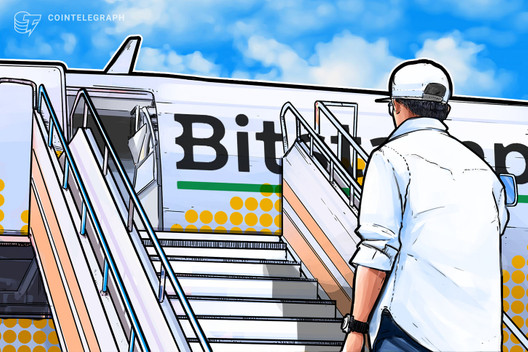 Bitstamp, one of the world’s oldest and largest cryptocurrency exchanges, is reportedly relocating its operations in the United Kingdom to Luxembourg.

Already operating in Luxembourg, Bitstamp is now allegedly migrating the accounts of its customers in the U.K. to Bitstamp Europe SA, a business entity based in Luxembourg.

According to TrustNodes on Aug. 21, Bitstamp said that the company is now winding down its operations in London.

Bitstamp said that the account migration will not affect services and will not require any action from its users:

“In order to comply with our regulatory requirements and improve our operational efficiency, we are migrating the accounts of our customers from Bitstamp Limited to Bitstamp Europe SA., our business entity based in Luxembourg.”

At publishing time, Bitstamp has not released a public statement regarding the reported relocation. The exchange did not immediately respond to Cointelegraph’s request for comment. This article will be updated pending any new information.

Founded in 2011, Bitstamp is one of the world’s first platforms providing transactions in cryptocurrencies like Bitcoin (BTC). Bitstamp’s London-based arm, Bitstamp Limited, has been operating since July 2012, according to data from Bloomberg. Bitstamp’s Luxembourg-based branch, Bitstamp Europe SA, was set up in 2016, following regulatory approval to operate in the European Union.

Bitstamp’s relocation is apparently related to Brexit. After the U.K. officially withdrew from the EU on Feb. 1, 2020, officials have been actively negotiating an agreement to facilitate trade operations between the U.K. and EU countries. On Aug. 21, major EU’s Brexit negotiator Michel Barnier warned that a post-Brexit deal between the EU and the U.K. looks “unlikely,” accusing the British government of “wasting valuable time.”