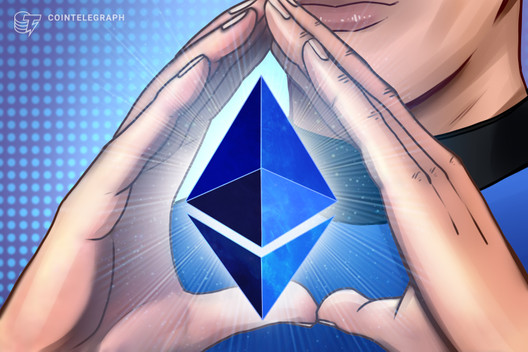 He also said that nothing built on Ethereum is capable of scaling.

Will Martino, the former lead engineer for JPMorgan’s Quorum blockchain, shared insights into the project’s acquisition by ConsenSys with Cointelegraph. He believes that while the technology was good for its time, it inherited fundamental flaws from Ethereum (ETH). Martino was involved in the earliest iteration of the project, back when it was still called “Juno”. Since leaving JPMorgan, he has gone on to found Kadena, a proof-of-work blockchain that employs sharding to achieve scalability.

While details regarding ConsenSys’ recent acquisition of Quorum are sparse, it was noted that while divesting Quorum, JPMorgan was making an investment in ConsenSys. Martino believes that the investment that the bank made was higher than the price tag of Quorum. He suggests that this might have been an easy way for JPMorgan to get rid of a business unit that was not going anywhere:

“Quorum was a real attempt at making Ethereum technology stick in an industrial setting. But it’s being re-homed and I really don’t think there’s going to be a lot of progress down the line from ConsenSys. From my point of view, I think they’re mostly buying the brand and being able to just use the Quorum trademark and intellectual assets from that point of view for marketing.”

Martino says that the real issue with Quorum is that it just does not scale. This may come as a surprise considering that it is built as a private fork of Ethereum and as such, does not involve mining. However, according to Martino, the issue lies deeper, stemming from the Ethereum Virtual Machine, or EVM:

“So when you take something like the EVM, which was never the bottleneck on a public blockchain and you put it onto a private chain, all of a sudden, it can very easily become the bottleneck. And as one of the reasons that the Quorum had a lot of trouble just performing more than (the numbers I have heard) between two hundred and thousand transactions per second.”

Martino says his skepticism about Ethereum and its derivative technologies comes from both personal experience and talking to a lot of people in the enterprise space who have experimented with it:

“If JPMorgan, one of the biggest companies ever, can’t drive adoption, even when they have a great internal use case, you have to ask yourself ‘why’? And my answer to that is the technology is just fundamentally limited. And if you go and talk to other large system integrators, large consultancies, you’ll hear very, very similar things. So long as you don’t have someone who holds a lot of the Ethereum tokens as the head of Blockchain for the company, you’re going to find that people say: ‘We have tried using Ethereum, it just doesn’t work’.”

It is unclear whether JPMorgan has lost interest in blockchain technology altogether or just in this specific in-house experiment. Martino does not believe that the bank will switch to Hyperledger’s Fabric; a popular solution for enterprise companies. In his opinion, it is even worse than Quorum, which he referred to as being “best in class” at one point. Besides Kadena, Martino says that Near could also be a viable option. Yet he believes that the pandemic has slowed enterprise blockchain adoption. He noted that we may not see another major push until 2021-2022.