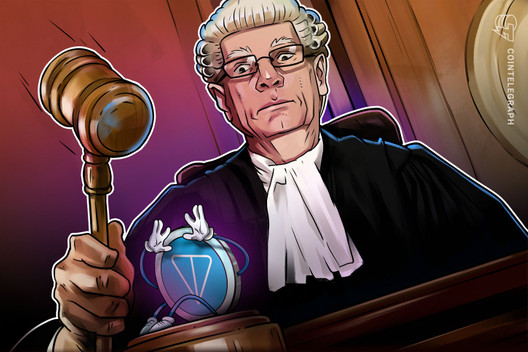 Telegram has dropped a two-year-old lawsuit over the ‘GRAM’ trademark but must now repay the defendant’s legal costs.

Telegram Messenger Inc has voluntarily dismissed its lawsuit against Lantah LLC over the use of the ‘GRAM’ trademark for its cryptocurrency token of the same name.

U.S. District Judge Charles Breyer ruled that Telegram will have to pay reasonable attorney fees to Lantah for defending the lawsuit since 2018.

As Lantah has not submitted records documenting its legal costs, the parties must now negotiate a reasonable sum before reconvening with the court.

The judge dismissed the suit without prejudice to refiling, allowing Telegram to make claims over the GRAM trademark in the future and rejecting Lantah’s request for dismissal with prejudice.

Telegram dropped the lawsuit after abandoning its Telegram Open Network project in May and settling with the U.S. Securities and Exchange Commission in June.

While Telegram announced its plans to fund the launch of a blockchain network through the sale of GRAM tokens in late-December 2017, the Florida-based Lantah had formed in June 2017 and claimed to have already planned to issue a cryptocurrency called GRAM before Telegram.

Despite Lantah submitting an application for the GRAM trademark by 2018, Telegram took legal action against the firm in May 2018 after raising $1.7 billion through a three-month offering of GRAM tokens.