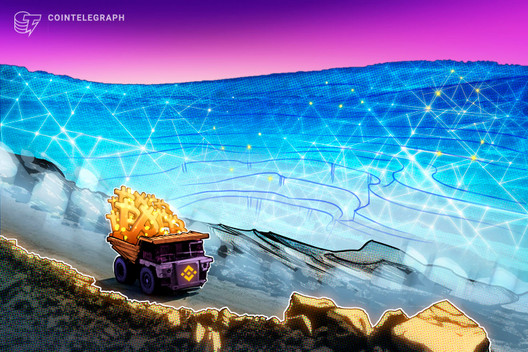 Ahead of the launch of its U.K. regulated cryptocurrency exchange, Binance.UK vows to proactively update CryptoUK’s code of conduct to remain fit for purpose.

Binance.UK is joining the self-regulating industry association CryptoUK as an executive member.

The exchange will join stakeholders such as Coinbase, CryptoCompare and Ripple in leading the association’s strategic direction, and working with government policy makers to develop a regulatory framework for digital assets in the United Kingdom.

CryptoUK was formed in early 2018 and promotes an active code of conduct for its members. Binance.UK intends to take a proactive role in updating this to ensure that it continues to deliver best practices, input that is welcomed by CryptoUK Chair, Ian Taylor:

“Binance.UK will bring significant local and global expertise to our Executive Committee and initiatives. We look forward to working with them to help develop a supportive regulatory framework for cryptoasset businesses and customers in the U.K.”

As Cointelegraph reported, Binance announced its expansion into the U.K. market in June, with a planned regulated exchange platform scheduled to launch in the autumn.

The venture is headed by banking and fintech veteran Teana Baker-Taylor. On Binance.UK joining the CryptoUK association, Baker-Taylor told Cointelegraph:

“Self-regulating bodies play a key role in developing […] best practices, as well as building consumer confidence. Associations like CryptoUK help to facilitate meaningful discussion and education with policy makers, which enables the development of more informed policies that are more effective in supporting both the industry and consumers.”

Binance.UK has been designed to offer simplified features to buy and sell cryptocurrencies, along with bank deposits and withdrawals in British pounds and euros. It is aimed at both crypto novices and existing users in the U.K. and across Europe.