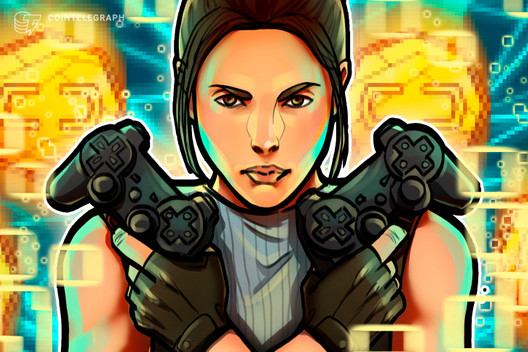 Participants will be competing for over $10,000 in prizes, including major cryptocurrencies, in-game currencies and rare nonfungible tokens (NFTs) from a whole host of other games and developers in the blockchain space.

The majority of prizes will be discovered via prospecting, or searching the various areas of the map, a bit like the virtual equivalent of scouring the countryside with a metal detector. Anything found must then be taken to the correct building in order to cash it in, but the path may be dangerous.

Other prizes are available for player-versus-player skills (top fame and kills), along with construction, crafting and upgrades. All prizes are provably fair, and even Colosimo doesn’t know where the prospecting prizes are hidden.

The prizes, however, are really just an incentive for players to come and load test the game and features in alpha-stage, as he explains:

“Without them, testing a potentially buggy game whilst under early development wouldn’t be as much fun, as the world will be reset for the full game release.”

The previous two treasure hunts were labelled as “tech demos” as there wasn’t much to do, other than move around, basic combat and prospecting. The new version includes a lot more features, although there are still a lot more to be added before the full game is ready for launch.

What might be surprising to some is the number of prizes which have been donated from other big name games and game developers. In what is surely a competitive industry, it is positive to see such collaboration and cross-promotion.

“Personally I think as the space is currently quite small, it’s definitely complementary to help build a strong blockchain gaming community and expose everyone to the different projects.”

Colosimo describes Taurion as a fully autonomous game universe and cryptocurrency, where players can earn crypto and assets in a provably fair decentralized way. He said, “Coins are distributed in a similar way to mining Bitcoin, except the work is not done by hardware miners but by Human Miners (using skill, intelligence and teamwork.)”

Sounds intriguing… Cointelegraph will be getting involved in Treasure Hunt III to explore the game so far and bring you a work-in-progress on Taurion’s development… and perhaps also win some prizes (ahem).