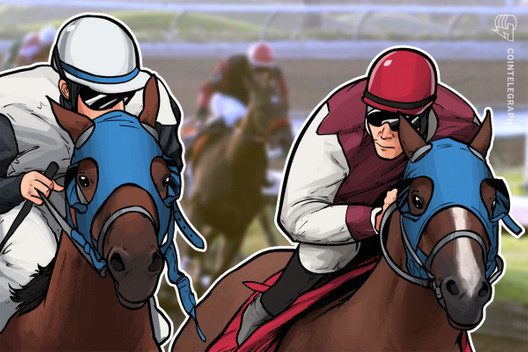 Phoenix Thoroughbreds may need to wait before racing again.

Australian horse racing officials are investigating a group raising thoroughbreds after its alleged involvement with OneCoin.

According to news reports, Racing NSW confirmed it is investigating Phoenix Thoroughbreds while a second group, Racing Victoria, is in contact with international officials regarding the company.

A Phoenix Thoroughbreds spokesman told The Sydney Morning Herald it did not do anything illegal and will cooperate with authorities. The company added its owner “acted according to the law at all times, and will vigorously contest all allegations of wrongdoing.”

OneCoin, which turned out to be a $4 billion Ponzi scheme, is making its way through the courts. Recently, Konstantin Ignatov, brother of OneCoin founder Ruja Ignatova, agreed to testify against his sister. Ignatov was the witness who pointed to Abdulaziz Salman as a “money cleaner” for OneCoin’s money launderer Mark Scott. Last month, the bodies of two former OneCoin promoters were found by Mexican authorities.

Reports said Phoenix Thoroughbreds was banned from racing in France due to its alleged ties with OneCoin.