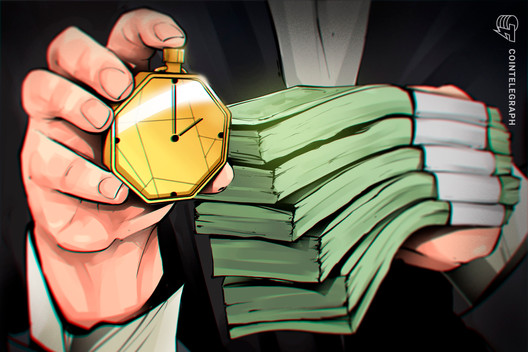 Rampant inflation of the dollar’s M2 money supply is only enriching the “cantillionaires,” Max Keiser argues as its velocity hits record lows.

There are more United States dollars than ever, but the rate at which they move around the economy has never been so low.

That was according to the Federal Reserve’s own statistics on Aug. 31, which showed that a collapse in M2 money supply velocity had come despite record money printing.

The rise of the “cantillionaires”

The M2 supply topped $18 trillion in 2020 thanks to coronavirus countermeasures while velocity fell below 1.125 for the first time since at least the 1940s.

This year marks a clear contrast to historical data with sudden volatility in both metrics worryingly clear to see.

As Cointelegraph reported, the record low suggests that there is a huge amount of liquidity, but that is barely touching the economy.

One reason for this is that the additional cash remains on the Fed’s balance sheet after its operations, meaning that those closest to the source of the money are those who see almost all of its impact.

For RT host Max Keiser, this process, known as the Cantillon Effect, is turning those beneficiaries into a new sector of the elite — the “cantillionaires.”

“This is the only chart that gives you the best picture of what’s happening. It explains everything,” he tweeted alongside the Fed data.

“Trillions are being printed, but they’re not circulating. The $ is being boarded by those closest to the printer.”

Money printing has come under the microscope in recent weeks, as in addition to the velocity collapse, the dollar is circling multi-year lows against major currencies.

In Europe, meanwhile, a return to negative inflation comes despite the European Central Bank’s own money-printing program, which one commentator said had definitively failed to achieve its desired effect.

Bitcoin (BTC), as a hard-cap currency with a variable, predictable supply, has only benefitted from central banks’ rising debt.

Data from on-chain monitoring resource CryptoQuant underscores the robustness of Bitcoin’s supply velocity — fewer and fewer coins are circulating as investors choose to save, not spend. 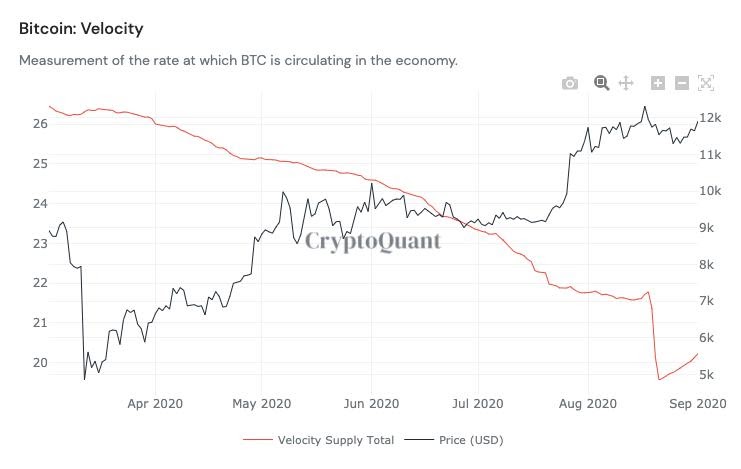 Last month, Kraken executive Dan Held included the supply readings as one sure sign that Bitcoin was in the midst of a fresh price bull run. Inflation and global debt also made the list.