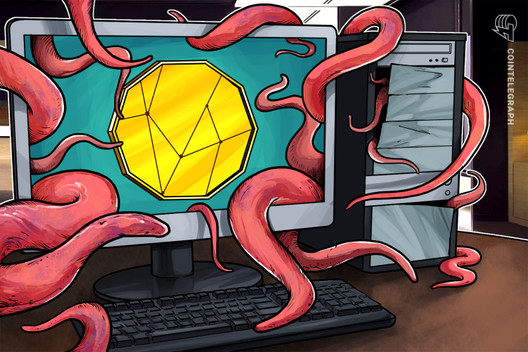 The surrounding threat level is low, but there are fears it could increase.

According to the cybersecurity firm, KryptoCibule’s developers rely on the Tor network and BitTorrent protocol to coordinate the attacks.

The malware’s original incarnation first appeared in December 2018. At that time, it was merely a Monero mining utility that quietly harvested user’s system resources to generate the currency. By February 2019, KryptoCibule had evolved to include ways to exfiltrate crypto wallet files from victim machines. Since then, the malware has added a third dimension to its attack base with the inclusion of kawpowminer — an application that mines Ethereum (ETH).

ESET telemetry revealed that victims have been actively downloading infected torrent files which contain KryptoCibule via a file-sharing site named Uloz. Most appear to be located in the Czech Republic and Slovakia.

The researchers noted that, despite its age, the malware “doesn’t seem to have attracted much attention until now”:

“Presumably the malware operators were able to earn more money by stealing wallets and mining cryptocurrencies than what we found in the wallets used by the clipboard hijacking component. The revenue generated by that component alone does not seem enough to justify the development effort observed.”