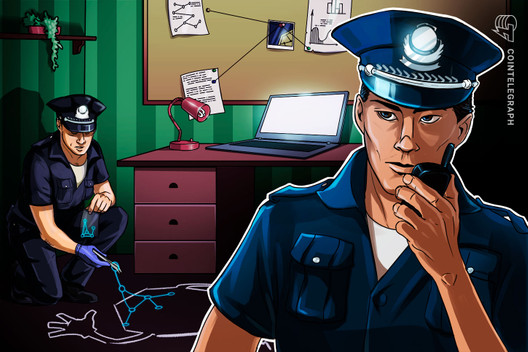 Another exchange in South Korea comes under the police spotlight.

According to a report by local publication Seoul Shinmun, an intelligence crime unit at the Seoul Metropolitan Police Agency has reportedly conducted search and seizure investigations at Bithumb’s office in the Gangnam District on Sept. 2.

As reported, the latest checks are purportedly connected with an ongoing police investigation involving Lee Jung Hoon, chairman of board at Bithumb Korea and Bithumb Holdings.

The executive has reportedly been under investigation for alleged economic fraud involving the token known as BXA. The token was purportedly promoted as Bithumb’s native token that eventually turned out to be involved in high scale fraud that caused investor damages of 30 billion won ($25 million).

Bithumb did not immediately respond to Cointelegraph’s request to confirm the news. This article will be updated pending new information from the exchange.

Bithumb is South Korea’s largest cryptocurrency exchange and the ninth-largest crypto exchange by average daily trading volume globally. As reported in June 2020, the company is allegedly planning to hold an initial public offering.

Bithumb is not the only crypto exchange in South Korea that came under the spotlight of Seoul police recently. In late August, the Seoul Metropolitan Police Agency reportedly raided and seized the operations of Coinbit, the country’s third-largest cryptocurrency exchange. The exchange is allegedly involved in generating an income of $85 million from market manipulation.