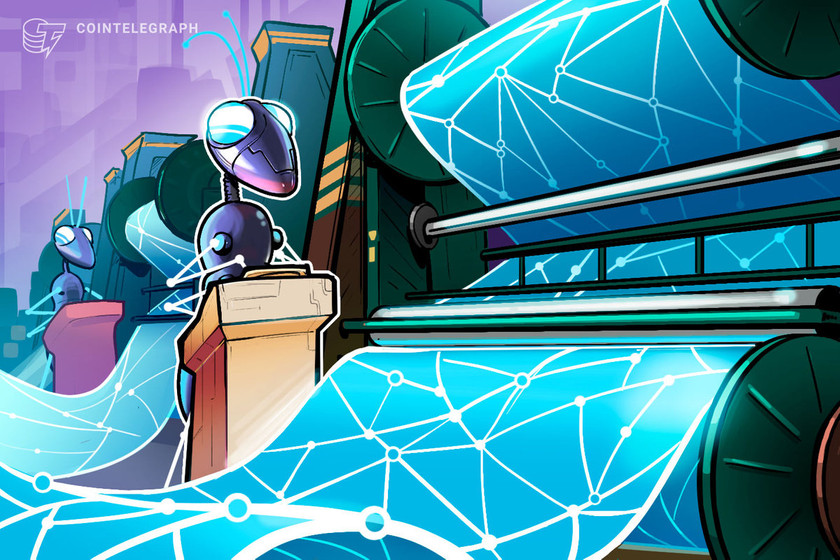 The blockchain sector has known for years that technical hurdles need to be eliminated for mass adoption to take place. Has any progress been made?

For several years, one of the biggest hurdles to blockchain adoption has concerned the fact that it’s a rather technical space. Experienced developers find it daunting to build decentralized apps using this technology. Meanwhile, consumers unaccustomed to tokens and crypto wallets often struggle with user interfaces that are far clunkier than what mainstream platforms provide.

With cryptocurrencies punching into the mainstream consciousness like never before, it has never been more important for blockchain platforms to seize the moment and offer the streamlined, easy-to-understand products and services that the masses can embrace with minimal hassle. As the old saying goes: “If you build it, they will come.”

Blockchain enthusiasts know that this technology has potential, but you could argue that a key challenge involves conveying these advantages to the public. DApps regularly deliver features that fiat-focused, centralized platforms can never provide — yet their official websites are only understandable to those who have a PhD in cryptography. (This might be a slight exaggeration, but explaining things simply can be a weak spot for many projects.)

There are a few crucial tests to be met before blockchain becomes part of everyday life for us all. Can these platforms be as simple to use as your online bank account? Can they truly be as inexpensive and fast as the fiat payment rails that have existed for decades? And is it possible to create an environment where someone interacts with a blockchain without realizing it?

A great deal of thought also needs to be applied behind the scenes. Right now, top developers are put off blockchain because of the sheer amount of time and effort it takes to grasp basic concepts. Decentralized apps can take too many lines of code to create, in programming languages that are unfamiliar. And even if these two hurdles are overcome, sky-high gas fees can mean that using certain blockchains becomes impractical because of transaction costs.

This has a knock-on effect in other ways. Companies that are keen to start utilizing blockchain technology quickly find that they are unable to do so, because they’re struggling to find talented developers who can make it happen. This drives up costs for everyone, meaning that otherwise viable ideas may not deliver a healthy return on investment. Worse still, these hurdles can mean brilliant concepts that would benefit millions of people end up being unexplored.

A number of crypto projects have now decided that enough is enough. After years of debate and discussion, they’ve concluded that user interfaces need to be simplified, applications have to be faster and slicker, and a plug-and-play mentality must be championed when it comes to blockchain development. Back in the early 2000s, it was difficult for new websites and blogs to be created without some computing knowhow. Then the likes of WordPress arrived — providing esthetically pleasing templates and drag-and-drop modules that made the process intuitive. Where’s this for the blockchain sector?

One network that has positioned itself as the silver bullet for making blockchain technology simple and foolproof is Hathor Network. The platform says it delivers a simplified, risk-reduced sandbox where everyone can implement blockchain — making our lives, businesses and applications better. Hathor Network says it offers a familiar environment for developers who are used to building brilliant things on Web 2.0, and its infrastructure delivers end results that mean the technology is “invisible” to the soccer moms, grandparents and technical novices who use it.

The project describes itself as “the WordPress of blockchain” — and freely admits that everything Hathor Network does, Ethereum does too. But here’s the powerful point: Hathor Network delivers a simpler suite for developers that ensures there is a reduced margin for error. Transaction costs are also far more predictable than on Ethereum, and scaling solutions are already in force. This network also champions interoperability — and this means that, if a developer doesn’t find the tools that they need on Hathor Network, they can easily establish a bridge to a blockchain that does.

As well as championing easy tokenization that allows custom tokens to be created in a heartbeat, Hathor Network delivers nano contracts — an easier, safer implementation of smart contracts that also support real-world data delivered through oracles. Pre-built and simplified, nano contracts can be created through a battle-tested, drag-and-drop interface — and in future, a marketplace will be established that enables developers to integrate existing nano contracts into their DApps with minimum hassle.

Better still, none of this is at the expense of privacy. Businesses who depend on confidentiality when using blockchain technology can benefit from their very own side-DAGs. This flexibility also extends to custom tokens, which can be melted and turned back into HTR tokens with little fuss.

Hathor Network’s development is continuing throughout 2021. Nano contracts are going to be implemented for the first time, with a plethora of new use cases to emerge. The capabilities of this network will expand with every passing month, not to mention the blockchain’s throughput.

With a number of businesses expressing enthusiasm about how blockchain can transform their operations — and the sector beginning to realize that networks need to be able to interact with one another in a fluid way — Hathor Network is hoping to demystify this technology once and for all, ending years of debate by getting things done.