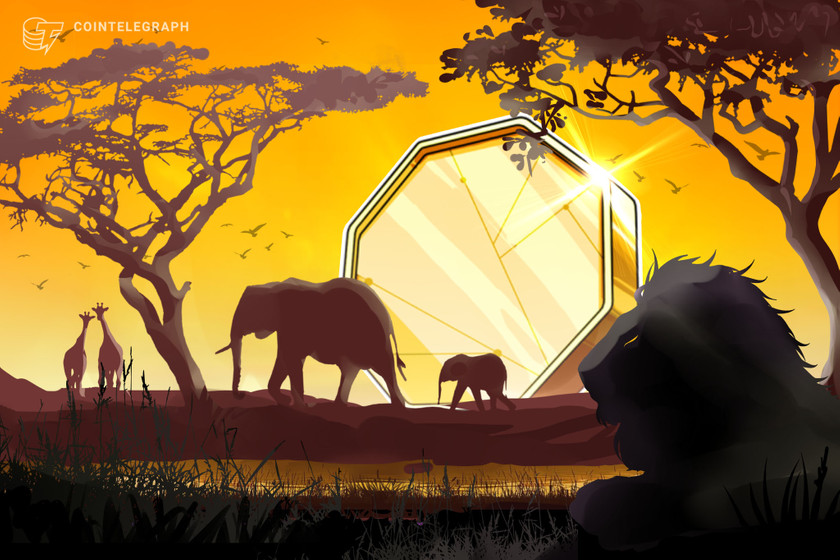 The World Bank has said “it will be physically impossible” for the lender to fund the planned Sango crypto hub and voiced concerns regarding the country’s adoption of Bitcoin.

The World Bank has signalled its concerns over the Central African Republic (CAR) adopting Bitcoin (BTC) as a legal currency and says it won’t support the newly announced “Sango” crypto hub.

At the end of April CAR president Faustin-Archange Touadéra established a regulatory framework for cryptocurrency in the country and adopted Bitcoin as a legal tender. On May 24 he announced a plan to launch the country’s first crypto hub called “Sango”.

Sango is described as the country’s first “Crypto Initiative” — a legal hub for crypto related businesses encompassing economic policies including no corporate or income tax and thecreation of a virtual and physical “Crypto Island.”

An official document outlining the Sango project states that the country “received approval for a $35 million development fund from The World Bank for the digitization of the public sector.”

However a spokesperson for the institution told Bloomberg via email the recently approved grant “is unrelated to any cryptocurrency initiative.” and that “the World Bank is not supporting ‘Sango – The First Crypto Initiative Project’.”

The $35 million grant from the World Bank announced May 5 was meant for updating and digitizing the existing public financial management system such as improving digital bank payments.

In the statement The World Bank added “it will be physically impossible” for the institution to fund the Sango project and expressed disapproval of the CAR’s adoption of Bitcoin:

“We have concerns regarding transparency as well as the potential implications for financial inclusion, the financial sector and public finance at large, in addition to environmental shortcomings.”

CAR’s Bitcoin adoption has also caught the ire of the governor of the Bank of Central African States (BEAC) Abbas Mahamat Tolli who wrote a scathing letter to CAR Finance Minister Hervé Ndoba shortly after news of the adoption.

In the letter Tolli wrote the new law “suggests that its main objective is to establish a Central African currency beyond the control of the BEAC that could compete with or displace the legal currency” which he believes would “jeopardize monetary stability”.

“It is important that the relevant regional institutions, such as the central bank and the banking authorities, are fully consulted and remain in the driver’s seat.”

Related: ‘We don’t like our money’: The story of the CFA and Bitcoin in Africa

There is a growing dislike of the CFA franc — the official fiat currency of the CAR pegged to the euro in the country. Meanwhile crypto adoption rates have skyrocketed in Africa according to a March report from crypto exchange KuCoin showing crypto transactions increased by over 2,500% in 2021.

It’s unclear what the adoption rate of crypto is within CAR specifically. The country only has an internet penetration rate of just over 7% of the total population according to data from DataReportal dated January 2022 meaning only around 350,000 individuals are even online.