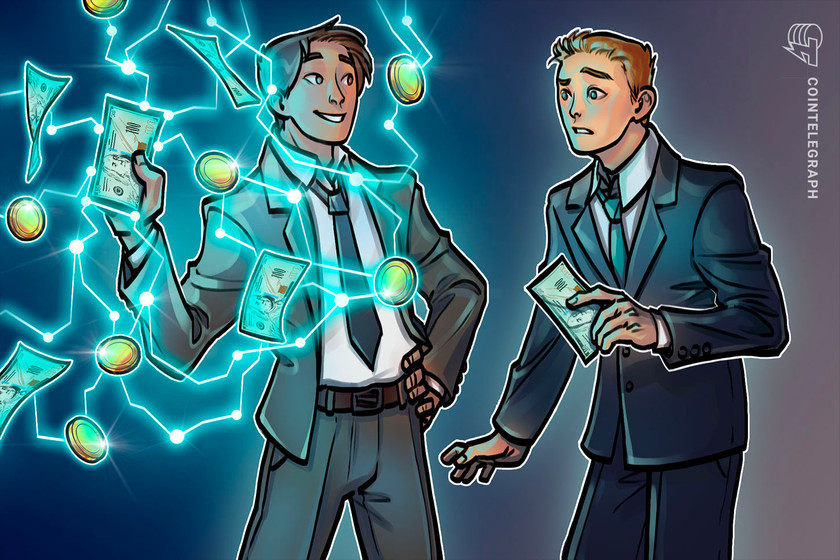 The past week in DeFi saw Uniswap breach $1 trillion trading volume, while WEF 2022 saw Terra at the center of most crypto and DeFi discussions.

The decentralized finance (DeFi) ecosystem continues to struggle with the ongoing market volatility and after-effects of the Terra ecosystem collapse. Over the past week, major DeFi protocols showed signs of increased trading activity, with Uniswap breaching the $1 trillion trading volume mark.

Terra remained the focus of most of the discussions around blockchain and crypto at the World Economic Forum (WEF), with analysts suggesting Terra was offering unsustainable yields. DeFi insurance protocol to pay out millions after Terra collapse, while interest in Ethereum Name Services (ENS) shattered new records.

Top DeFi tokens by market cap had a mixed week of price action, with several tokens in the top 100 registering double-digit gains over the past week, while many others continue to trade in the red.

Reporting from the inaugural day of the Blockchain Hub Davos 2022 conference, Cointelegraph’s editor-in-chief, Kristina Lucrezia Cornèr, hosted a panel discussion centered around DeFi titled “Programmable Money is Here — and It’s Changing the World as We Know It.”

Coral Capital’s Horsman shared that the Terra crisis partly occurred because “they were essentially offering yields that were unsustainable, and [that] there were venture capital firms that were bootstrapping those yields in order to bootstrap an ecosystem.” He noted that his firm decided to withdraw funds from the project in November–December 2021 after their reserve modeling data predicted worrying calculations for the future.

DeFi insurance protocol InsurAce says it was well within its rights to reduce the claims period for people affected by the TerraUSD (UST) depegging event from 15 days to seven — but added it has already processed nearly all 173 submitted claims and will pay out $11 million.

InsurAce (INSUR) is the third-largest insurance provider for decentralized finance (DeFi) protocols, with a market cap of $15 million. On May 13, InsurAce caused a stir when it announced it had shortened the claims window for those with cover related to Anchor (ANC), Mirror (MIR), and stablecoin UST following the collapse of the Terra layer-1 blockchain.

Uniswap breaks $1T in volume — but has only been used by 3.9M addresses

That comes from a relatively small user base, however, indicating that there is a lot of potential growth to come. According to data from Uniswap Labs, which are major contributors to the development of the protocol and ecosystem, the DEX’s number of cumulative addresses hit around 3.9 million this month after just over three years.

The Ethereum Name Service is having its best month on record for new registrations, account renewals and revenue, thanks to community awareness and low gas fees.

Lead developer at ENS Nick Johnson tweeted on Monday that the metrics for the Web3 domain service through May so far. He noted that numbers were poised to shatter existing records because they were already at all-time highs, “and there’s still a week of May left.”

Majority of the DeFi tokens in the top-100 ranking by market cap traded in red, barring a few. Aave (AAVE) was the biggest gainer with a 15% surge, followed by Loopring (LRC) with 14%. Tezos (XTZ) saw an11% price rise while Kava (KAVA) grew by 10%.

Thanks for reading our summary of this week’s most impactful DeFi developments. Join us again next Friday for more stories, insights and education in this dynamically advancing space.