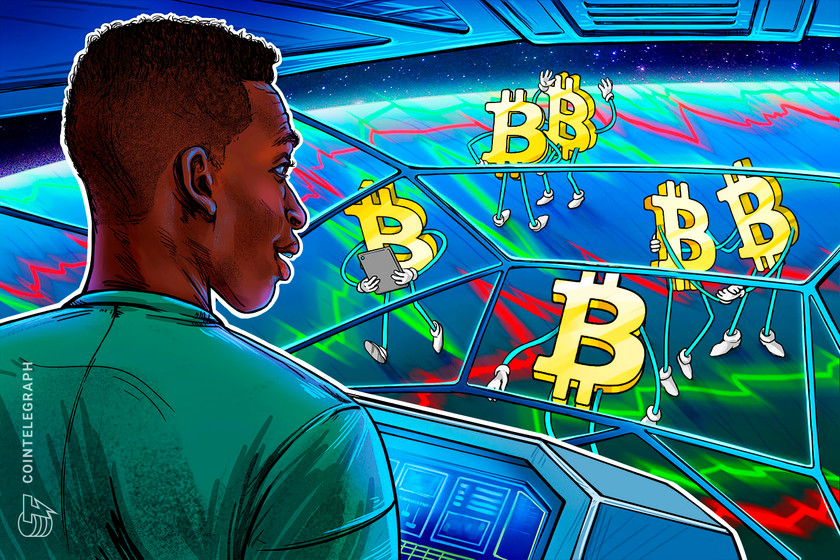 Bulls bet on BTC prices above $60,000 for the June monthly options expiry, and now pro investors are going to pay a hefty price for being wrong.

Bitcoin (BTC) has been trying to break out of a descending trend for the past week and the first attempt on June 16 failed to break the $22,600 resistance. The second attempt at $21,400 on June 21 was followed by an 8% price correction. After two failed breakouts, the price currently trades below $20,000 and raises questions on whether $17,600 was really the bottom.

The longer it takes for BTC to break from this bearish pattern, the stronger the resistance line becomes and traders are following the trend closely. That is precisely why it’s important for bulls to show strength during this week’s $2.25 billion monthly options expiry.

Regulatory uncertainty continues to weigh down on crypto markets after European Central Bank (ECB) president Christine Lagarde voiced her conviction on the necessity of tighter scrutiny. On June 20, Lagarde expressed her thoughts on the sector’s staking and lending activities: “[…] the lack of regulation is often covering fraud, completely illegitimate claims about valuation and very often speculation as well as criminal dealings.”

Bitcoin miners being forced to liquidate their BTC holdings is adding more negative pressure to BTC price and data from Arcane Research shows that publicly-listed Bitcoin mining firms sold 100% of their BTC production in May compared to the usual 20% to 40% in previous months. Currently, miners collectively hold 800,000 BTC, which creates concerns about a possible sell-off. The Bitcoin price correction drained miners’ profitability because the production cost has, at times, exceeded their margins.

The June 24 options expiry will be especially alarming for investors because Bitcoin bears are likely to profit by $620 million by suppressing BTC below $20,000.

The open interest for the June 24 options expiry is $2.25 billion, but the actual figure will be much lower since bulls were overly-optimistic. These traders completely missed the mark after BTC dumped below $28,000 on June 12, but their bullish bets for the monthly options expiry extend beyond $60,000.

The 1.70 call-to-put ratio shows the dominance of the $1.41 billion call (buy) open interest against the $830 million put (sell) options. Nevertheless, as Bitcoin stands below $20,000, most bullish bets will likely become worthless.

If Bitcoin’s price remains below $21,000 at 8:00 am UTC on June 24, only 2% of these call options will be available. This difference happens because a right to buy Bitcoin at $21,000 is worthless if BTC trades below that level on expiry.

Bears have the bulls by the horns

Below are the three most likely scenarios based on the current price action. The number of Bitcoin options contracts available on June 24 for call (bull) and put (bear) instruments varies, depending on the expiry price. The imbalance favoring each side constitutes the theoretical profit:

This crude estimate considers the put options used in bearish bets and the call options exclusively in neutral-to-bullish trades. Even so, this oversimplification disregards more complex investment strategies.

For example, a trader could have sold a put option, effectively gaining positive exposure to Bitcoin above a specific price, but unfortunately, there’s no easy way to estimate this effect.

Bitcoin bulls had $500 million in leveraged long positions liquidated on June 12 and 13, so they should have less margin than is required to drive the price higher. Considering this data, bears have higher odds of pinning BTC below $22,000 ahead of the June 24 options expiry.

This site uses Akismet to reduce spam. Learn how your comment data is processed.