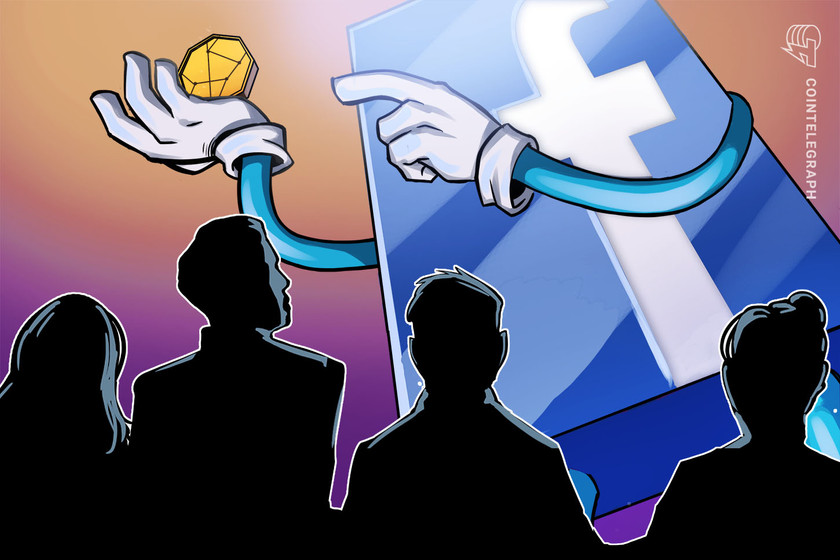 Nonfungible tokens will be found under a tab on creators’ Facebook timelines in a gradual rollout starting in the United States.

A spokesperson for Meta, the parent company of Facebook, told TechCrunch the same day that the rollout of NFTs on Facebook would be gradual, beginning with select creators in the United States. Eventually, NFT creators will be able to cross-post between Facebook and Instagram, another Meta property. Instagram is also testing NFTs in its Spark AR augmented reality platform.

We're launching NFTs on Facebook! Excited to share what I've been working on with the world. pic.twitter.com/TaV66zRanV

Instagram expanded its NFT trial from the U.S. to international users last week. The app allows NFTs minted on Ethereum and Polygon to be displayed, with other NFTs from Solana and Flow planned as well.

Meta announced in May that it was beginning tests of NFTs on Instagram, with Facebook to follow suit “soon,” according to CEO Mark Zuckerberg. Other Meta-owned apps, such as WhatsApp and Facebook Messenger, will get NFT display capabilities eventually, he added.

Facebook rebranded as Meta in October 2021. It has been striving to expand in Web3, but not all of its efforts have been successful. Meta gave up on it attempt to launch the Diem stablecoin in February after significant opposition from regulators worldwide. Nonetheless, Meta filed trademark applications for a Meta Pay payments platform in May and Zuckerberg announced on June 22 that Meta Pay would replace Facebook Pay.

Meta Pay will be available on Facebook, Instagram, WhatsApp and Facebook Messenger, Zuckerberg said. However, a company spokesperson told TechCrunch that Meta “said that it won’t offer the ability to turn digital collectible posts into ads for now” on Facebook, so it appears that Meta will not launch NFT sales there.

The sale of NFTs is expected to launch on the company’s Meta Quest app store, which supplies app and games for Meta’s Metaverse.