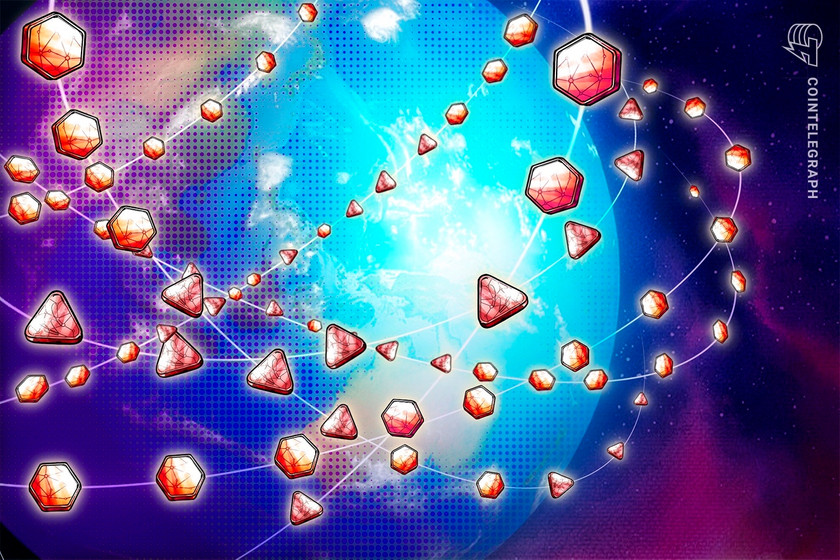 “A brand can hit HIRE on an ape, and we will bring the deal to the ape’s owner if both parties agree (and only if) the deal moves forward,” said Mouse Belt co-founder Patrick McLain.

Hundreds of Bored Ape owners have signed up to a new NFT licensing marketplace that enables hodlers to rent out their Ape’s IP to brands.

Blockchain accelerator Mouse Belt Labs launched the marketplace called “Boredjobs” claiming that it will list all 10,000 BAYC NFTs on its website for brands to browse through and “indicate interest in hiring for campaigns.”

Of course 10,000 Apes won’t be available to hire unless the respective BAYC owners sign up and confirm ownership to view offers.

“The Bored Ape Yacht Club gave its owners a fantastic opportunity to utilize the IP rights of the NFTs they purchased. Unfortunately, they did not provide them with an instruction manual on how to put them to work. Bored Jobs is creating that instruction manual,” the announcement reads.

Mouse Belt co-founder Patrick McLain told Cointelegraph that within 24 hours of launching on June 29, the platform had already received more than 200 applications from BAYC owners wanting to verify their ownership. Commenting on how the platform works, McLain stated that:

“We are simply adding a way to connect brands with Apes (currently, there is no easy way for the parties to message each other). Deal terms (or if there is even a deal), license terms, details, etc., will be 100% negotiated between the two parties.”

“A brand can hit HIRE on an ape, and we will bring the deal to the ape’s owner if both parties agree (and only if) the deal moves forward,” he added.

Unlike many NFT projects, Bored Ape Yacht Club provides the owners with the commercial rights, and hodlers are using them in creative ways. Hollywood actor Seth Green (Robot Chicken) is using his ape as the main character in an upcoming TV show. In April, food entrepreneur and BAYC NFT owner Andy Nguyen also decided to launch a BAYC-themed restaurant named Bored & Hungry in Long Beach, California.

Questioned on how Apes will be utilized by brands, McLain stated it could be as “simple as a small business wanting to make an Ape the face of their coffee brand,” or as part of large-scale marketing campaigns from large businesses:

“[It] could be a large box retailer running a marketing campaign aimed at that demographic, could be a video game company that wants to ‘drop’ pre-made characters into their game for a simple rate, could be a musician who doesn’t own an ape but wants to partner with one, etc.”

McLain also noted that Mouse Belt will expand to support to other top-tier NFTs projects, now that it has got the concept off the ground.

“Now that we have a baseline, we expect to add Mutant Apes in about two weeks, Gutter Cats in about four weeks, Crypto Punks  in six weeks, etc. In fact we’ve already made top videos for these communities in the past,” he said.

Mouse Belt primarily focuses on creating crypto-focused media content, and in August last year it launched the “Coins Podcast” doco-series on YouTube, that features key figures in the space such as FTX founder and CEO Sam Bankman-Fried and Cardano co-founder Charles Hoskinson.