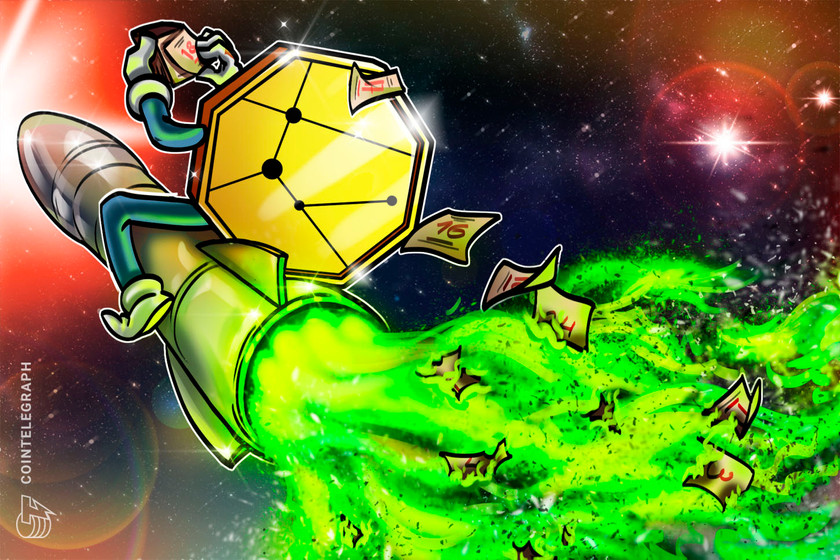 Unus Sed Leo price technicals, however, suggest that the uptrend could correct in H2 2022.

Unus Sed Leo (LEO) has not only survived the crypto market bloodbath in the first half of 2022 but has actually posted major gains, bucking the big crypto crash.

LEO, a utility token used across the iFinex ecosystem, finished the first half of 2022 against Bitcoin at 32,793 satoshis, up almost 300%.

The token also rallied 55% against the U.S. dollar in the same period, hitting $5.80 for the first time since February 2022. In contrast, Bitcoin (BTC) and Ether (ETH), the top two crypto assets by market cap, fell by over 60% and 70%, respectively.

That has made it the best-performing crypto asset in the top ranks so far into 2022.

The crypto market wiped more than $2 trillion off its valuation in the first half of 2022, led by rate hikes, the collapse of Terra (LUNA) — now officially Terra Classic (LUNC), and systemic insolvency troubles across leading cryptocurrency lending platforms and hedge funds.

LEO’s price also suffered a 25% decline after hitting its all-time high of $8.14 in February 2022. Nevertheless, it fared better than the rest of the crypto market, which fell nearly 60% in the same period.

The reason behind this outlier token could be its starkly different attributes compared to other digital assets.

IFinex, the parent company of Bitfinex, launched LEO in 2018 in a private sale round to raise $1 billion. In return, the firm committed to employing 27% of its revenues from the previous month to buy back LEO until all tokens are removed from circulation.

Also, iFinex pledged to buy back LEO tokens using funds it had lost during the August 2016 Bitfinex hack.

In February 2022, the U.S. Department of Justice recovered 94,000 BTC out of 119,754 BTC. That coincided with LEO rallying to its record highs in both Bitcoin and the dollar-based markets.

LEO’s run-up against Bitcoin risks exhaustion due to its price’s growing divergence with momentum.

In detail, LEO’s price has been making higher lows while its daily relative strength index (RSI) prints lower highs. As a rule of technical analysis, this divergence shows a lack of upside conviction among traders.

The RSI is also above 70, a traditionally “overbought” area and a sell indicator.

LEO now maintains its bullish bias while holding above its interim support level at 26,220 sats, coinciding with the 0.236 Fib line of the Fibonacci retracement graph drawn from 4,382-swing low to 32,965-swing high.

Interestingly, the level is near another support level — the 50-day exponential moving average (50-day EMA; the red wave in the chart above).

LEO’s ongoing price run-up had it briefly close above a critical resistance level at around $6.24, as shown in the chart below.

The level was instrumental in capping the token’s upside attempts between February and April earlier this year. It again prompted traders to secure profits on July 1, leaving LEO with a large upside wick and thus hinting at bearish rejection.

LEO’s recent price trends are full of bearish rejection candles, including its 57% intraday price rally on Feb. 8 that preceded a 28.5% correction by the end of that quarter.

Conversely, the token’s bullish rejection candle on June 18 resulted in a 50% price recovery, as discussed above.

Related: On the brink of recession: Can Bitcoin survive its first global economic crisis?

If the given fractal plays out, then LEO will risk a price reversal to its interim support level of $5.52, which, coincides with the token’s 50-day exponential moving average (50-day EMA; the red wave). That would mean a modest 9%-10% decline from July 1’s price.

But if the support fails to hold, as it had in late April, LEO price then risks testing its 200-day EMA (the blue wave) near $5, a 17% decline overall.